Melbourne’s famously eclectic food scene is a marvellous mash of cultures and styles, but there’s one word that resonates across the city’s best cafes and restaurants – sustainability.

From rooftop solar panels to chook food composting, green is definitely the new black in Australia’s culinary capital. So in this city full of venues spouting green credentials, where are the best places to get on the eco train? 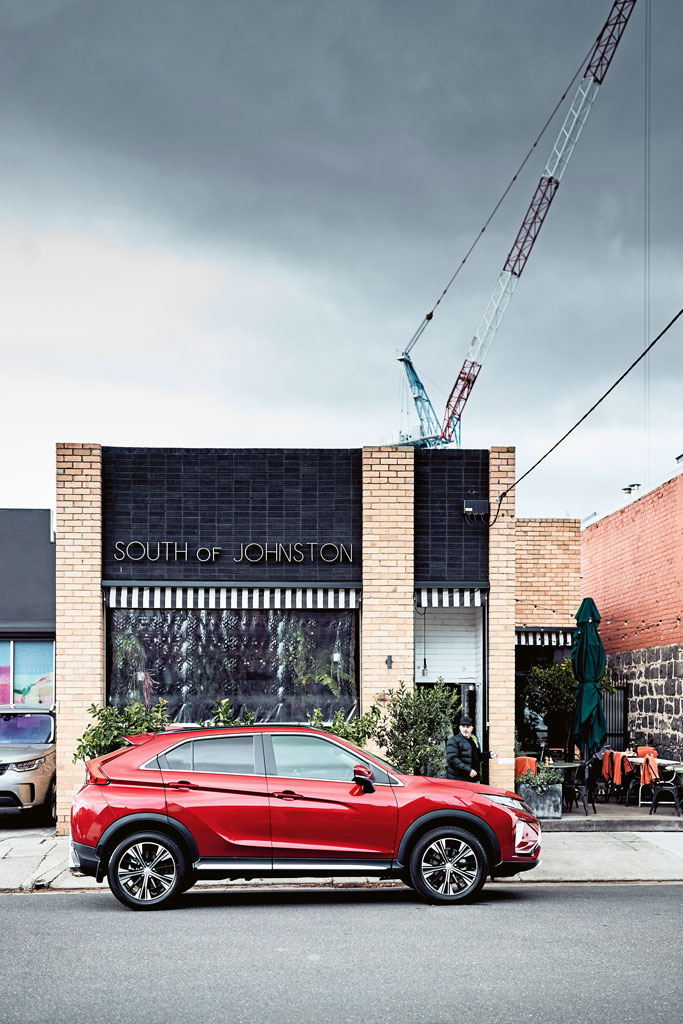 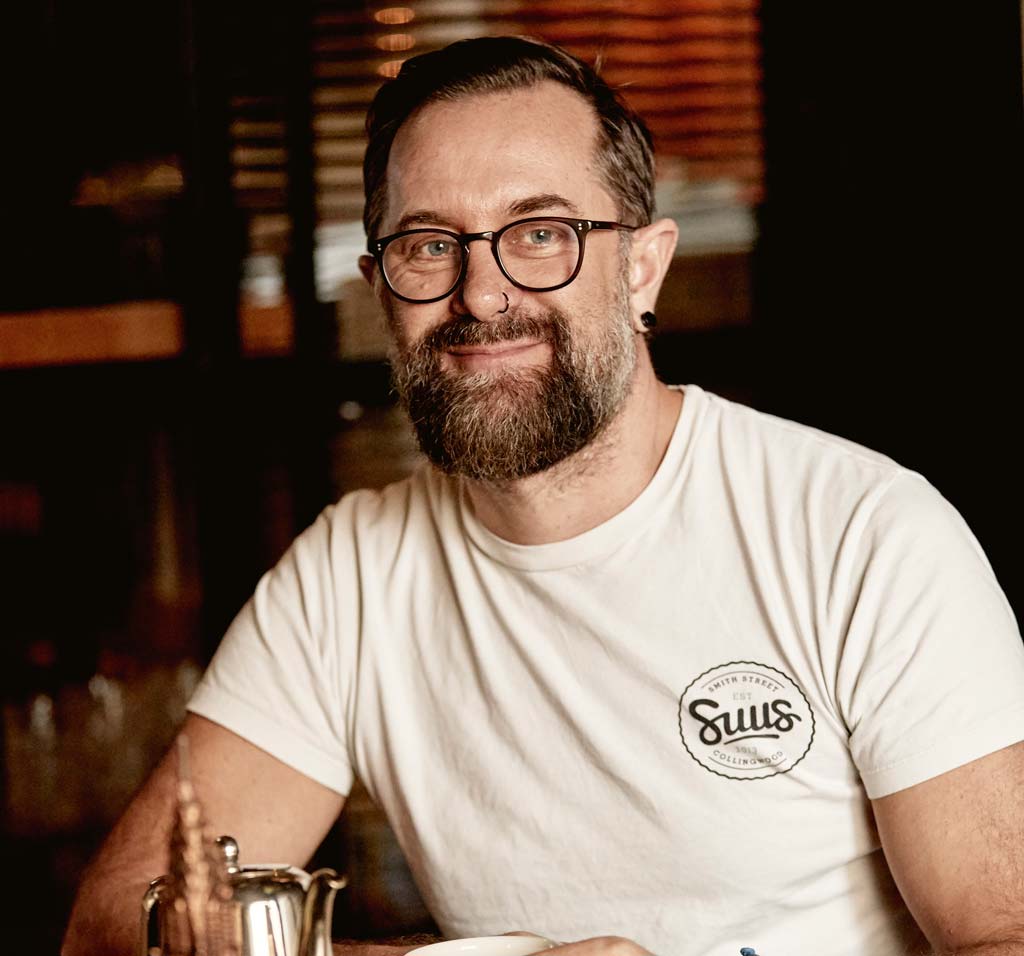 Plenty of cafes slap a sustainable sticker on their menus, and then there’s South of Johnston (or SoJo for those in the know), a rustic warehouse cafe in the industrial back blocks of Collingwood.

Owner Stuart McKenzie has led the pack on all things renewable and recyclable since opening the all-day brekky joint in 2012.

It all starts at the front door. Diners walk past a mini orchard in recycled wooden crates on the footpath out the front, and the locals are encouraged to help themselves to whatever lemons and herbs they need.

The menu is stacked with local producers, celebrating seasonal ingredients and small-scale farms with a sustainability bent. All food scraps go to a chicken farm just out of town, while food packaging and milk bottles are returned to suppliers to be cleaned and used again. But it doesn’t stop there. More than half of the cafe’s electricity is powered by 40 rooftop solar panels.

And yes, the coffee is always bang on. 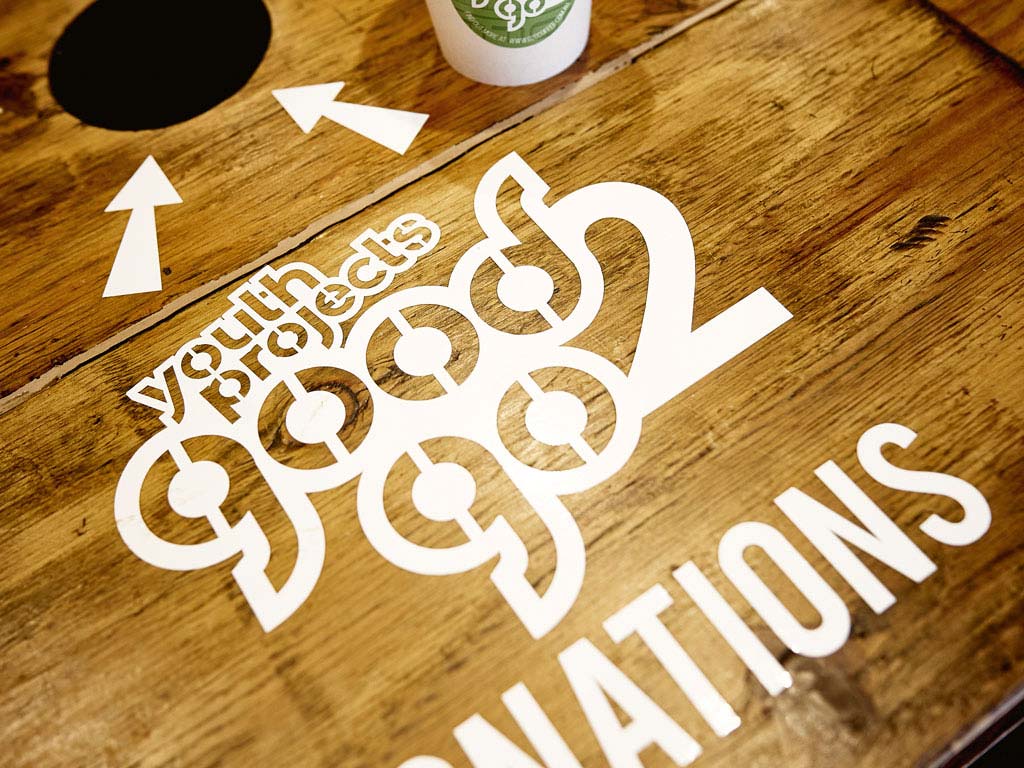 Sustainability is all about protecting our fragile environment, but what about Melbourne’s vulnerable humans? Some of the most transformative work is happening at a tiny laneway cafe serving up much more than lip-smackingly good coffee.

And’s all happening in Hosier Lane, home of Melbourne’s most famous street art.

But the real magic is watching how the tiny cafe can transform young people’s lives, connecting with other humans, gaining confidence and learning new skills. Good2Go’s ‘Pay it Forward’ board gives customers another way to help, buying coffee and food for people who sleep rough. With all coffee beans donated by Reverence Coffee Roasters and pastries delivered for free every day by veteran Melbourne caterer Andrew Blake, you can grab your morning caffeine and sugar hit with a big dose of warm fuzzies. 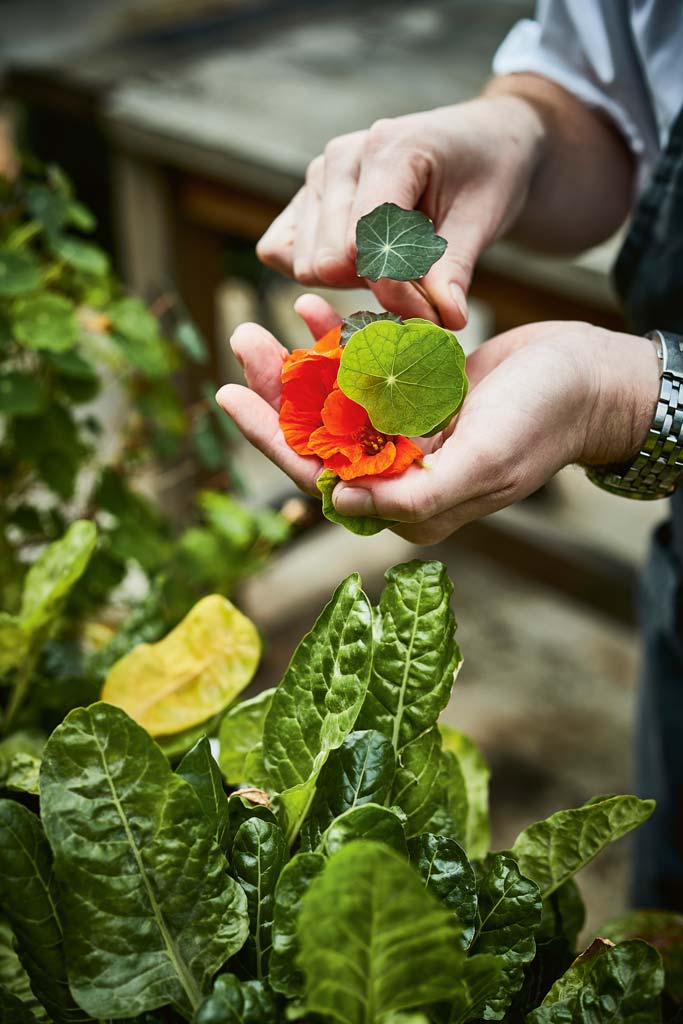 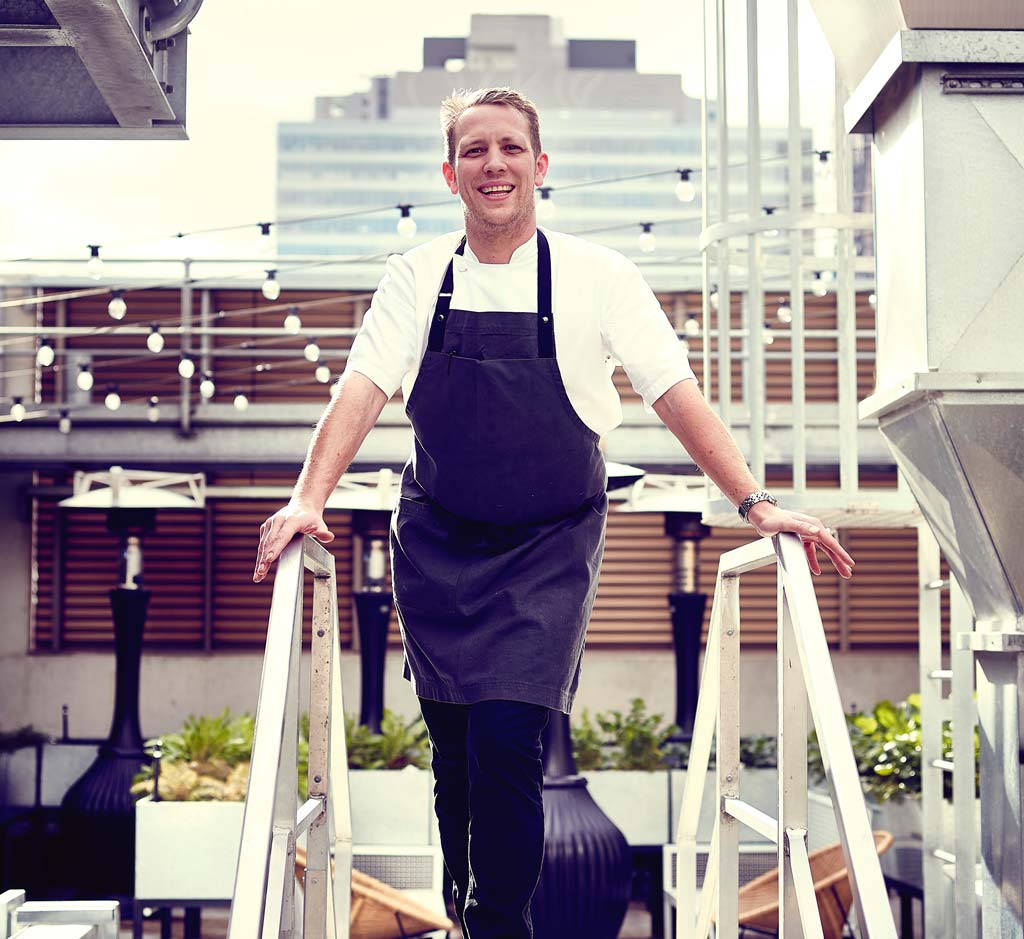 High above the bustle of Melbourne’s CBD, Andy Harmer is in his happy place. The executive chef at QT Melbourne is harvesting a bunch of lime verbena from his secret garden on the hotel rooftop, pausing to take a deep whiff of the citrussy fragrance.

Even in the darkest days of winter, this extraordinary garden produces edible gems, from green leafy vegetables to tiny strawberries.

“It’s a constant source of inspiration up here,” Harmer explains. “It’s sheltered from the wind, and soaks up all the sun.

“I just love getting up here to work in the garden. I grew up with a massive veggie garden, so it’s pretty special to have a place like this at work.”

Every day, Harmer picks a selection of vegetables, herbs, flowers and fruit from his kitchen garden, presenting them in on dishes at QT’s no-expense-spared flagship restaurant, Pascale Bar and Grill.

The British chef started his career in a five-star hotel in England, working in Michelin-starred restaurants before moving to Australia 12 years ago, taking the plum role of executive chef at Vue De Monde, followed by four years at The Point in Albert Park.

Harmer’s fine-dining skills shine through in his luxe menu, widely lauded by critics and hotel guests, but his ever-growing garden will always be his favourite place to work. Stay tuned… He has plans to grow even more. 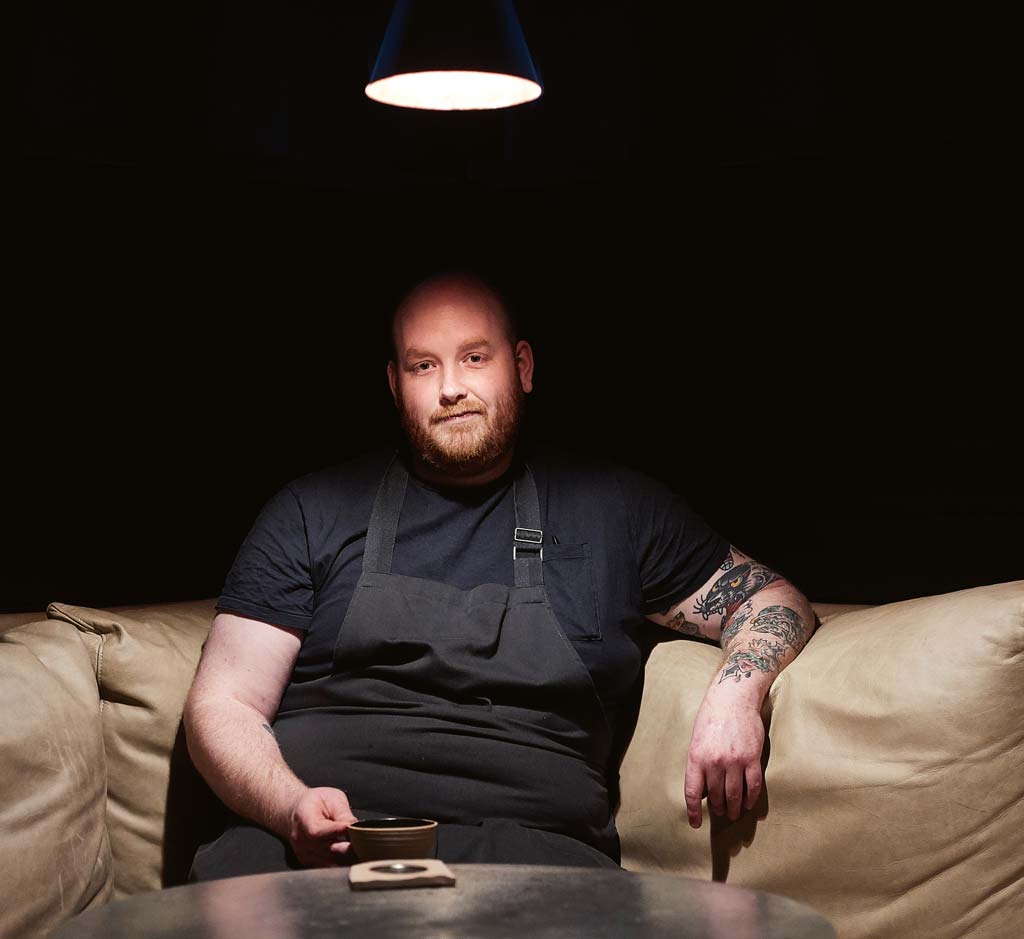 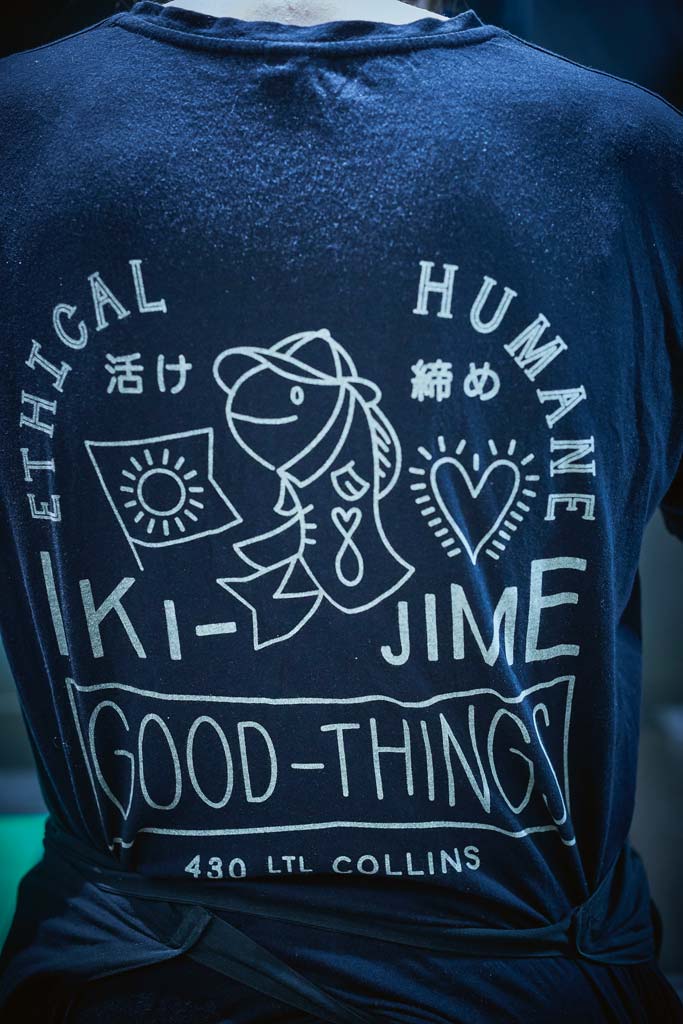 When a restaurant only serves fish, the chefs have to get it right. Shannon Bennett’s temple to sustainable seafood, Iki Jime, is named after the Japanese method of humanely harvesting fish – and it takes pescatarian dining to a whole new level.

Bennett only sources his fish from Tasmanian sustainable fisherman Mark Eather, who ensures every creature is line caught and dispatched using the ethical iki-jime technique. The brain is spiked as soon as the fish is caught then it’s immediately frozen for optimum quality.

But for such a serious message, there’s plenty of fun in Homan’s menu. Take the Fish and Chips, a playful plate of finger food with raw tuna wrapped around fried potato and leek and dusted with pickle powder. It packs a crunchy punch, with a little added kick.

Wendy Hargreaves ( @wendy_hargreaves) is a food writer, broadcaster, Fare Share Australia ambassador and founder of the website, Five of the Best.