For most people, launching a game-changing business would represent the culmination of a life’s work. Nick Pearce and Marcus Crook, of streetwear label and social enterprise HoMie, did it almost by accident.

Their story goes something like this: in 2013, Nick and Marcus both signed up to cycle across Vietnam to Cambodia to raise funds for a charity called Child Wise. They had a single, tangible goal: to fund teachers’ salaries for a small primary school in a remote region of Cambodia.

“A lot of teachers in rural area of Cambodia are poached into the city, so there’s a lack of quality for these students and no incentive to go to school,” explains Nick. “The thing we really liked about it was that the approach was local and practical.”

They came back from the trip good mates. With the ride over, a lesser person might have gone back to his regular life, satisfied he’d done some good. But Nick and Marcus found the experience galvanising. 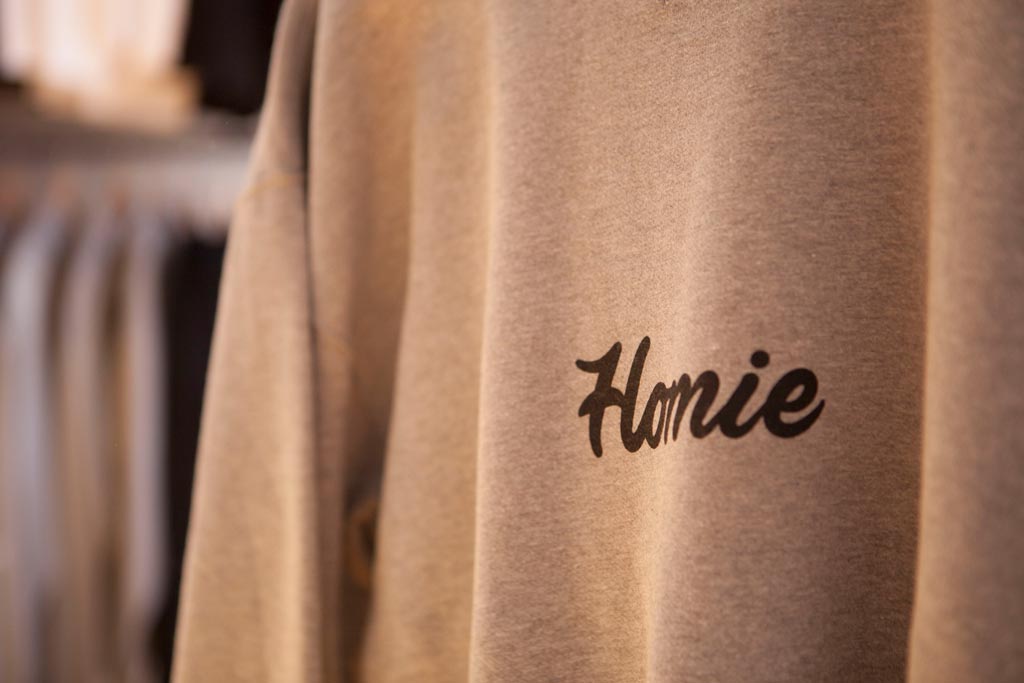 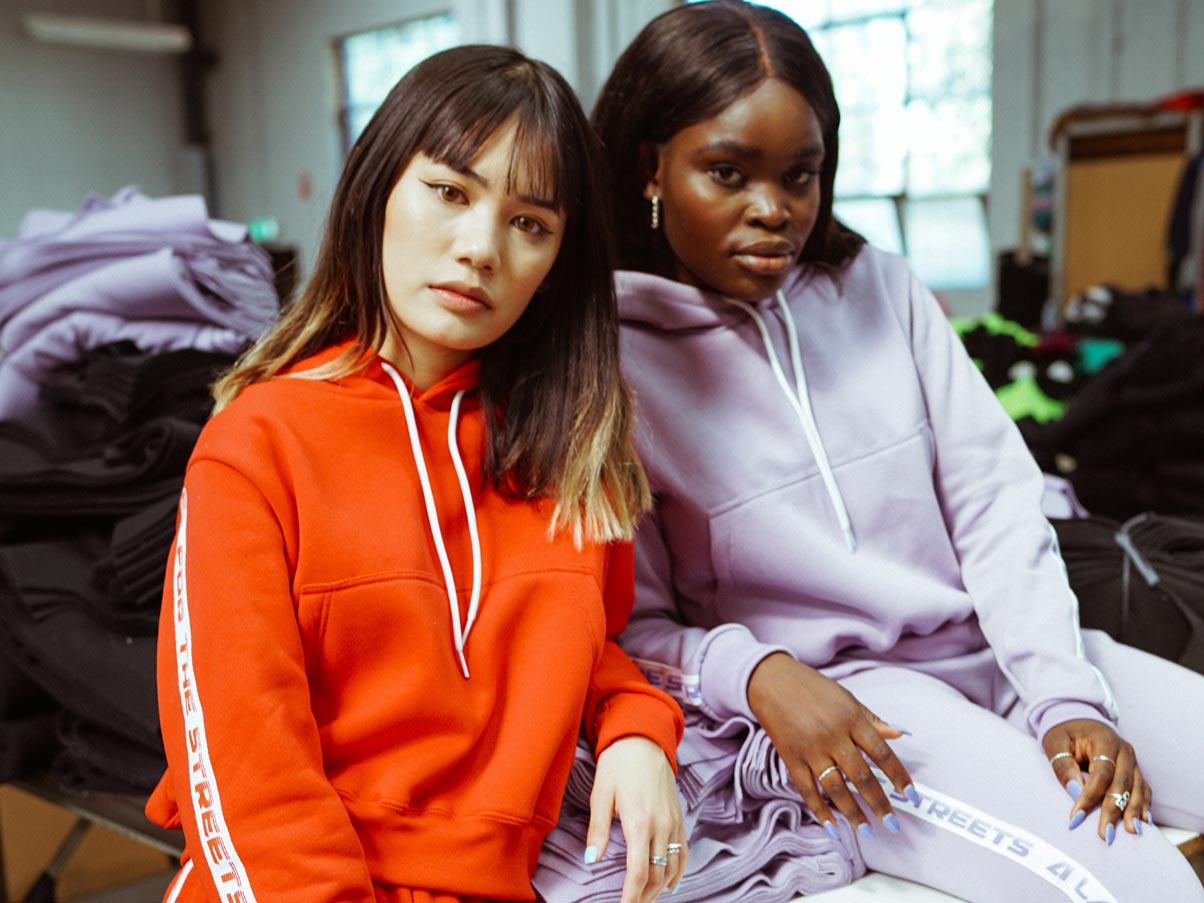 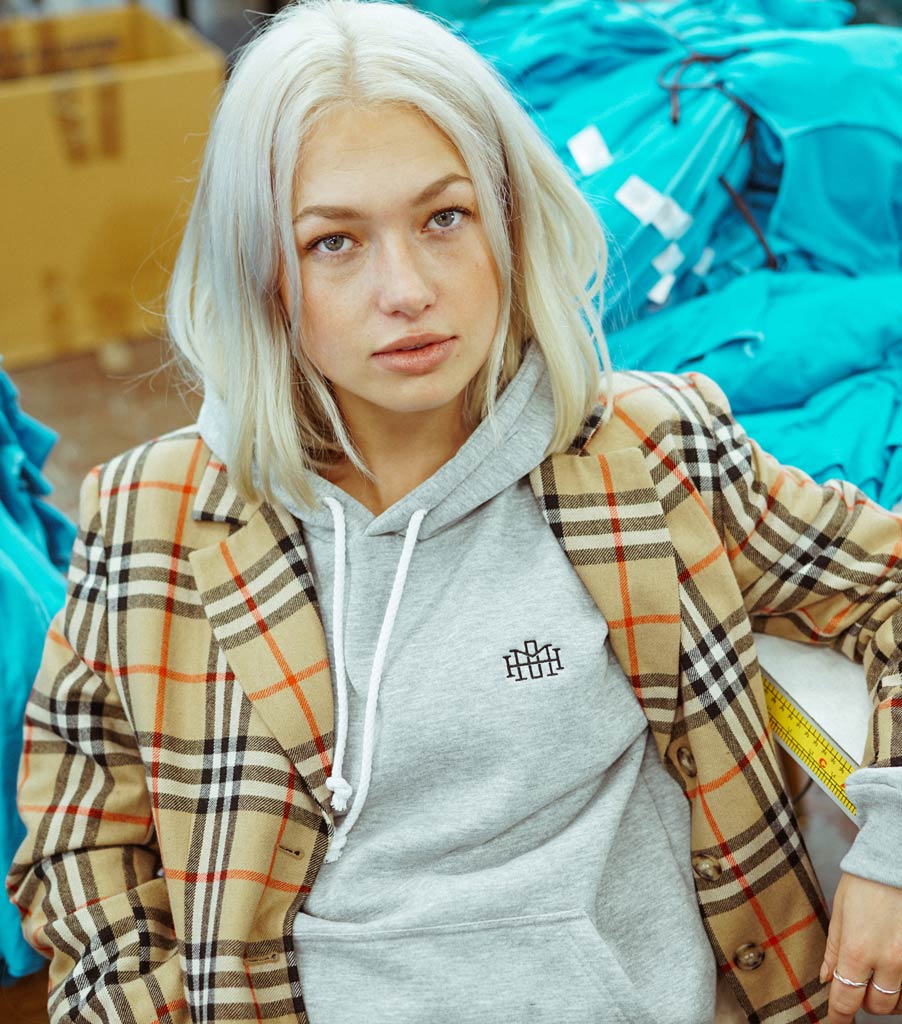 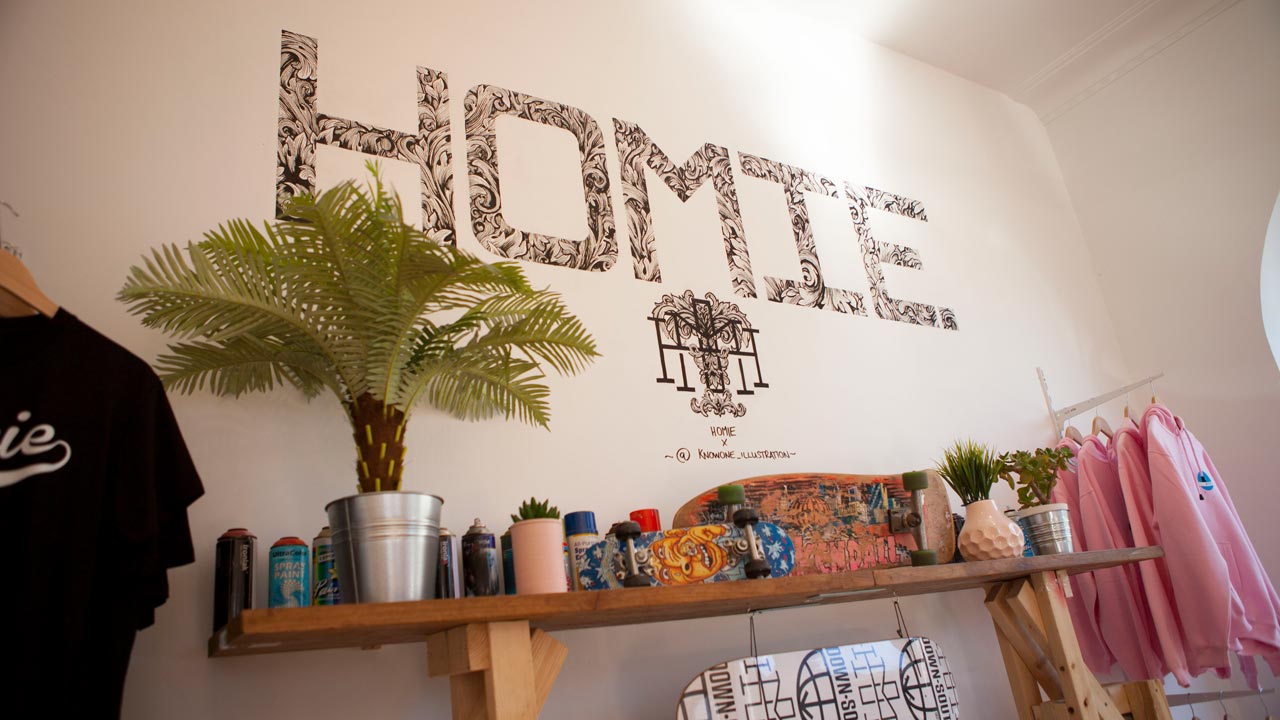 At the time, Marcus was working in Melbourne’s CBD and every day he’d encounter people who were sleeping rough. Motivated by curiosity and compassion, he began chatting to them about their lives: how they were doing, what their needs were, how they go into that situation.

“In the media, they’re usually portrayed as drug addicts or alcoholics or that they’re violent or that it’s their own fault,” says Marcus. “We started to realise their stories didn’t match with the stereotype.”

Wanting to break down some of that stigma, he and Nick started photographing the people they met and publishing the images and stories on a Facebook page called Homelessness of Melbourne. People started paying attention, and while raising awareness felt good, they wanted to do something more substantial with the interest generated. Taking it to the streets made sense. They devised a pop-up shop, where people were invited to donate new or quality clothing so that those in need could shop for free. It was meant to be a one-off, but was so successful Nick and Marcus launched a crowdfunding campaign so they could do it again. As a perk for donors, they put the Homelessness of Melbourne logo on a t-shirt. People wanted it. A label was born.

“Originally HoMie stood for Homelessness of Melbourne Incorporated Enterprise, but then it took on this whole new connotation,” says Nick. “It became a movement.”

Nick freely admits that when they launched the label, neither he nor Marcus really had any idea what they were doing. He describes it as “building a plane while flying” and credits their success to strong core values – transparency, integrity and respect – and a willingness to experiment and adapt. “We wanted to do two things: to try to make caring cool and make a meaningful, tangible impact on homelessness – something we knew was genuinely making a difference.”

Off the back of the pop-up, they opened a permanent shopfront on the corner of Brunswick and Johnston streets in Fitzroy. Proceeds from HoMie clothing go towards funding regular VIP Days, where the store is closed to the public and young people experiencing homelessness are invited to receive five items of brand new clothing for free.

The concept resonated with many. Earlier this year, comedian Tommy Little reached out with a cheeky idea for an Instagram marketing campaign. “He’s a Fitzroy local,” says Nick. “He’s a progressive, forward-thinking guy and a really good fit for our brand.”

Working with HoMie’s marketing team, Tommy produced a series of slightly risqué photos cropped in to showcase his muscular physique. Zoomed out, the photos reveal Tommy posing in locations that would have very different connotations if you were experiencing homelessness: a public bench, a youth shelter, an alleyway, a public toilet. The impact was huge. HoMie made $100,000 in sales overnight.

But, as Nick puts it, “clothing doesn’t solve homelessness”, so they hit on a new angle – a retail training program called the Pathway Project that sees homeless or at-risk youth work in the HoMie store, where they earn a wage and are paid to do a Certificate III in Retail. It’s the first program of its kind in Australia.

“We make a six-month commitment to each young person who does the program,” says Nick. “We’re not churning out massive numbers, but it’s life-changing stuff.”

The results of the program are clear: one graduate is now Head Genius at an Apple store. Another is training to be a manager at Cotton On. Yet another has found employment with JB Hi-Fi. All are in stable living situations. It’s this stuff, says Marcus, that keeps them motivated.

The next step? Taking the program to the world. “It’s now evolved into the Pathway Alliance, where we’re taking it to other workplaces,” says Nick. Some of the businesses joining the Pathway Alliance have hundreds of stores Australia wide. “We want to show other workplaces that these guys are hardworking, diligent people and opportunity is all they require. If we just provide those businesses with a little bit of support, there’s no reason why they can’t do what we do.”

Nadia Bailey ( @animalorchestra) is a writer and critic based in Melbourne. Her new book, The Stranger Things Field Guide, will be released in December.