It’s where creativity and commerce meet. Meet the artists and executives bringing large-scale hand-painted billboards to the streets of Melbourne. By Carrie Hutchinson

With our heads down and thoughts focused on where we need to be, sometimes we miss what’s happening right in front of us. However, if you’re in Melbourne’s CBD it might be time to take a look around. Of course, there’s the city’s famed street art, but this concept has now moved into the commercial realm. If you see what looks like a hand-painted billboard gracing a wall near La Trobe Street – or further afield – that’s the work of Apparition Media.

Operating from a warehouse in Fitzroy North’s industrial zone, the company, which launched in 2013, employs a fleet of designers and artists to create large-scale, hand-painted advertising. In the past year alone, it has produced around 300 over-sized murals. Working from a small office, the team develops the initial designs, but it’s in the workshop where the scale of the operation becomes apparent.

“These walls were actually where we first started pitching to clients,” says Apparition’s advertising specialist Jordan Astra, standing in the workshop. “One of our directors, Hamish [McBride], started painting on them, it was photographed, then the pitching process began.”

A cacophony of chaotic images covers the workshop walls. There are superheroes and different versions of actor Colin Farrell – movie studios are big clients and they obviously want people to recognise the stars involved – logos, slogans, sneakers and just some excellent examples of large-scale art. The prep area is covered with layers of paint that have dripped over the years to create a layered history of the jobs the company has finished. 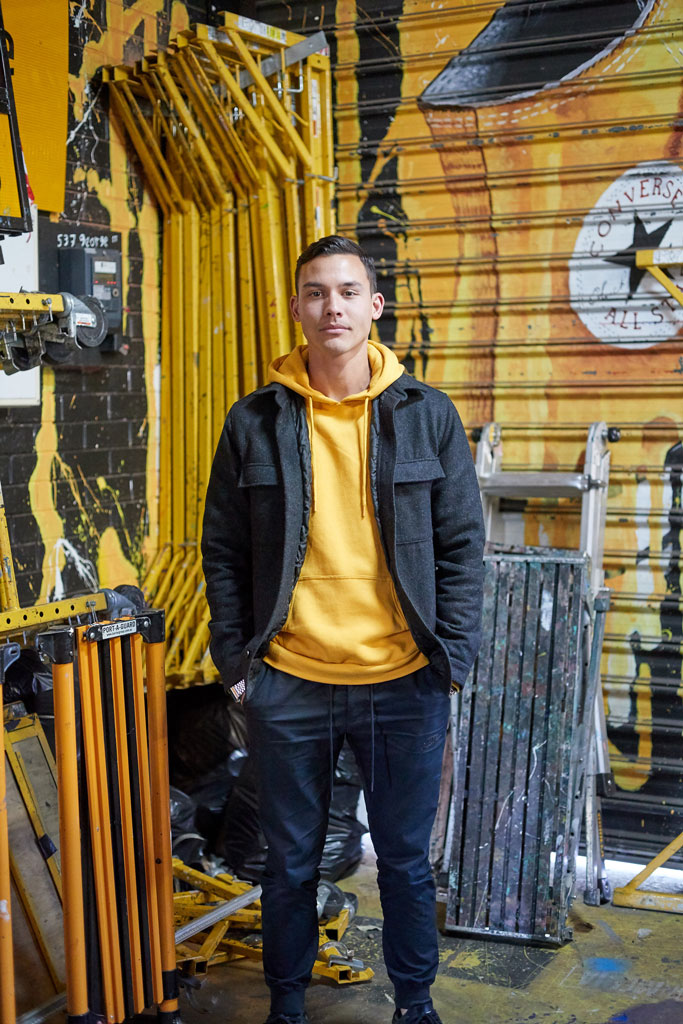 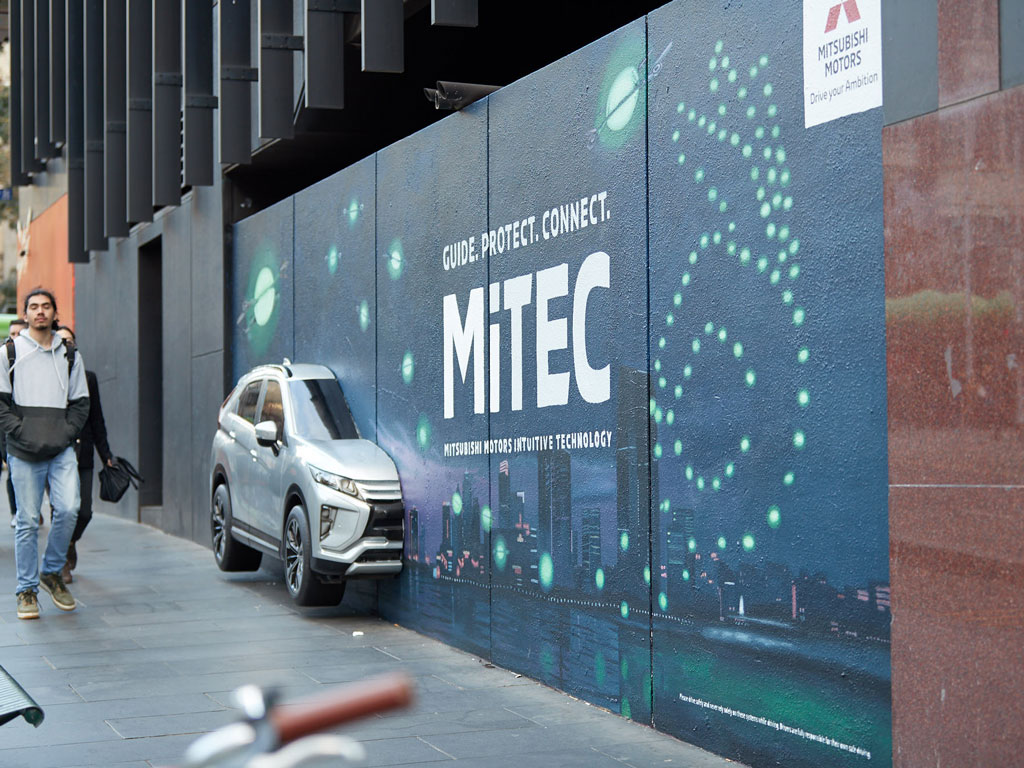 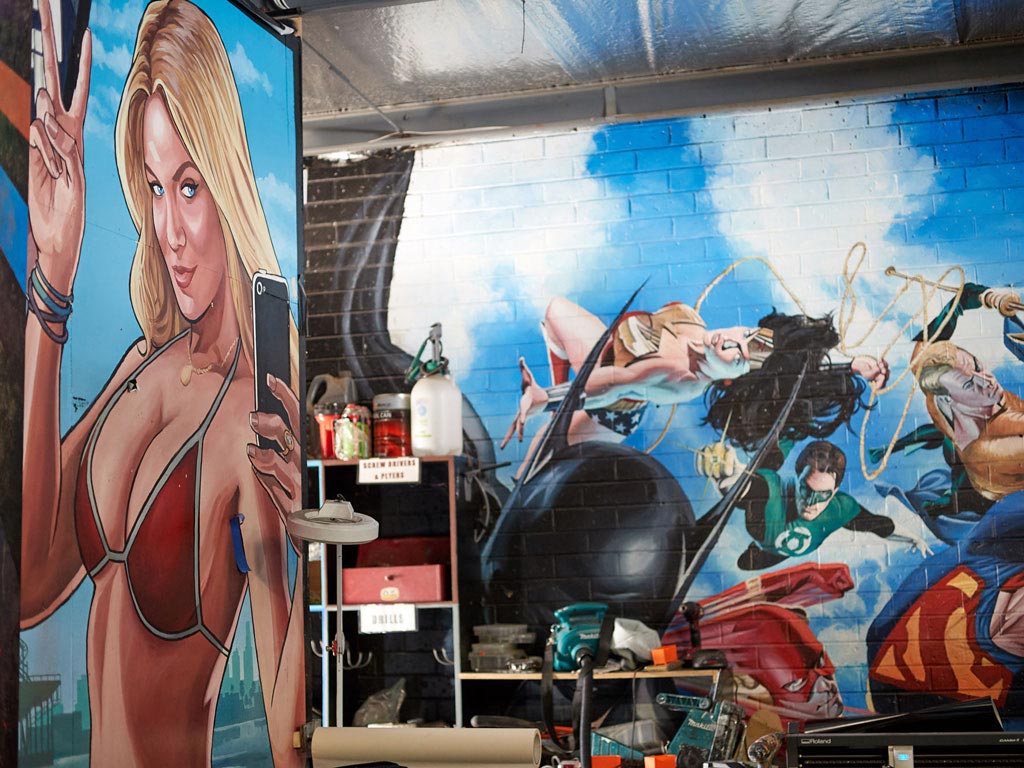 FROM DESKTOP TO OUT THERE

The creation of one of Apparition’s murals isn’t quite as complex as one might imagine. Design and negotiations with the client can take anywhere up to a month, but once the idea is signed off and work begins you can see a new creation in as little as a week.

“The digital line drawing is sent to a large printer that pokes holes into the paper to create an outline,” says Jordan. “Those pieces of paper are hung on the wall and blasted with chalk dust to create an outline. The artists then use a printed reference to add the colours”

In many ways, this part of the process is like producing an enormous, complex colour-by-numbers. The key to perfection is ensuring the preparation is spot on before any artist gets hold of a brush.

BACK IN THE WORKSHOP

Painter Julian De Lio spends much of his time at work creating the precise colours in accurate quantities for each of the murals Apparition Media is commissioned to make.

“We’ve got a lot of different colours that have already been mixed from previous jobs and we’ve got a lot of primary colours, as well,” he explains. “This is where a lot of the prep goes on for various jobs. Some jobs are quite simple, others are far more complex.

“It can take one or two days to get the paint ready if it’s a big job with a lot of different colours. We’ve had jobs in the past where there’s been a hundred plus colours that we needed to prepare.”

Each of the precisely mixed colours is then transferred to either small pots or into the sections of trays with compartments – the sort you might store beads or craft materials in at home – to be taken to the site.

“We cross reference the paint that’s in the trays with what’s on the reference,” Julian continues. “So for the artwork we’re painting, we’ll use the reference sheet and just apply the paint where it’s needed on the wall.”

In what might be a surprise to most, it can take less time for a team of between three and five artists to transfer a design onto a wall than it would to have a billboard printed and pasted up.

Before the launch of Mitsubishi’s MiTec, the automotive company approached Apparition Media to showcase the latest integrated system that works to guide, protect, alert and connect drivers and passengers. The brief was to illustrate the concept, and bring it to people walking through Melbourne’s CBD.

The result is extraordinary, with a 3D model of the Mitsubishi Eclipse Cross part of the mural on the corner of La Trobe and Swanston Streets. A second artwork is due to appear on Lonsdale Street at the beginning of this month. At approximately 150 metres square, it will be one of the largest hand-painted advertisements in Australia.

“It is actually is going to be created while the site is open to the public,” Jordan explains. “It’s a few storeys up and will be painted via a swing stage that goes up and down and allows the painters to work from top to bottom.”

So if you’re walking past Melbourne Central at the beginning of October, don’t forget to look up. You might just witness a billboard in the making. 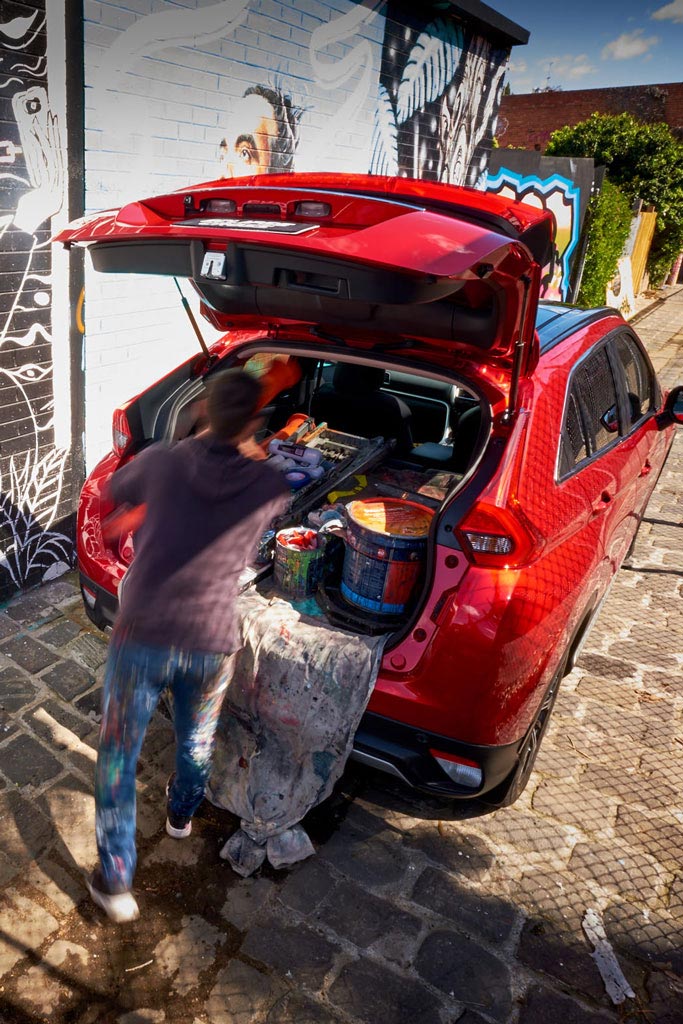 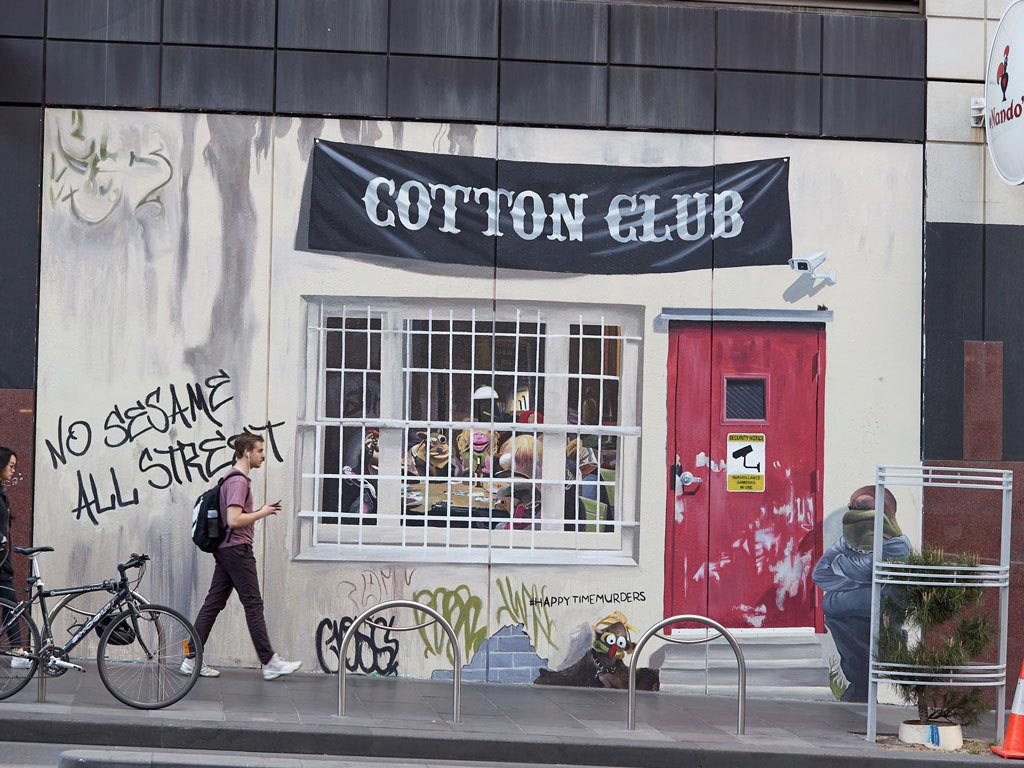 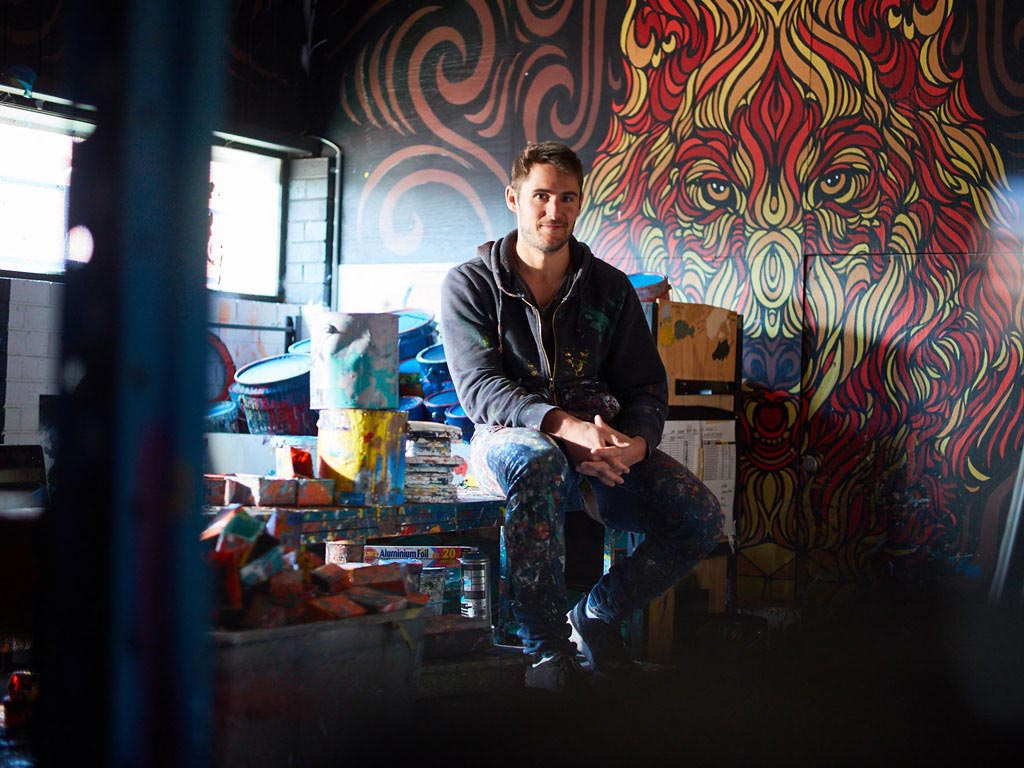