As summer rolls around, Melburnians get to enjoy two of the city’s finest architectural projects. However, as Joanne Hawkins discovers, they’re here for a short time only.

There was a moment in the summer of 2016 when Ewan McEoin looked at the neon pink structure that had taken up temporary residence in the NGV’s backyard, aka the Grollo Equiset Garden, and realised it had struck a chord with all ages.

“It was absolutely slammed with so many kids, which was fantastic to see,” remembers McEoin, the NGV’s senior curator, Contemporary Design and Architecture. “People made an effort to come to the gallery just to see that project.”

The structure, designed by M@STUDIO Architects and entitled Haven’t you always wanted…?, was actually a playful reworking – complete with a mist room and walls made of layered cricket netting – of a suburban car wash. The South Yarra-based practice had won that year’s NGV Architecture Commission, an annual open competition that asks architects to consider innovative ways to activate the garden behind the NGV International building on St Kilda Road. 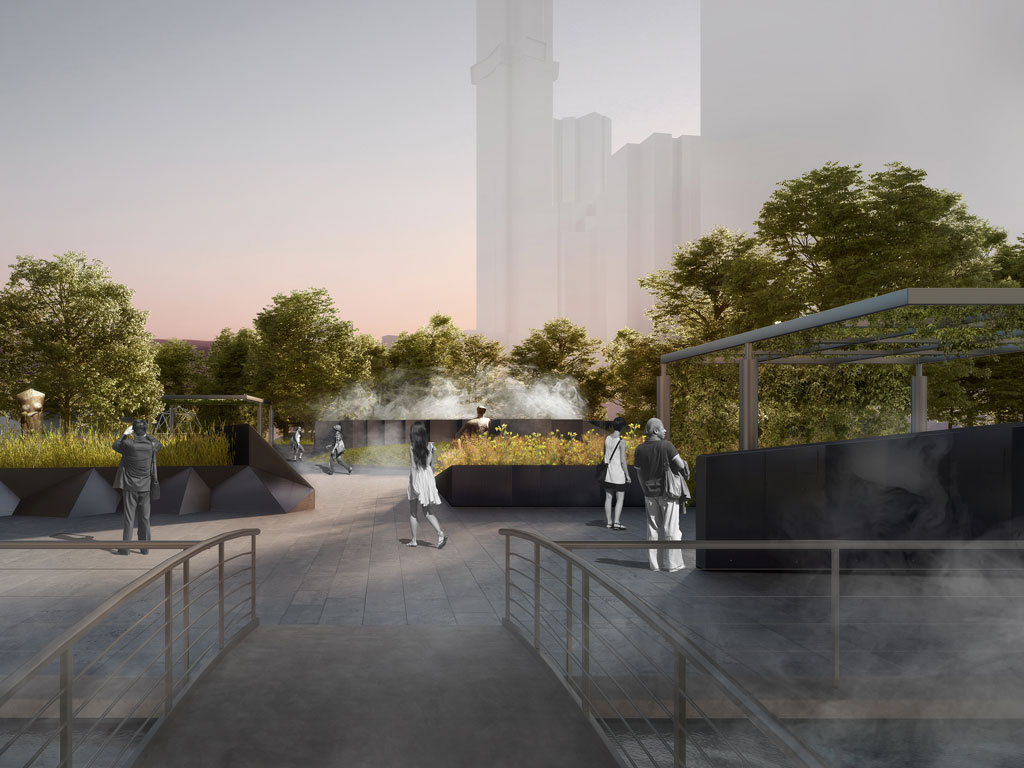 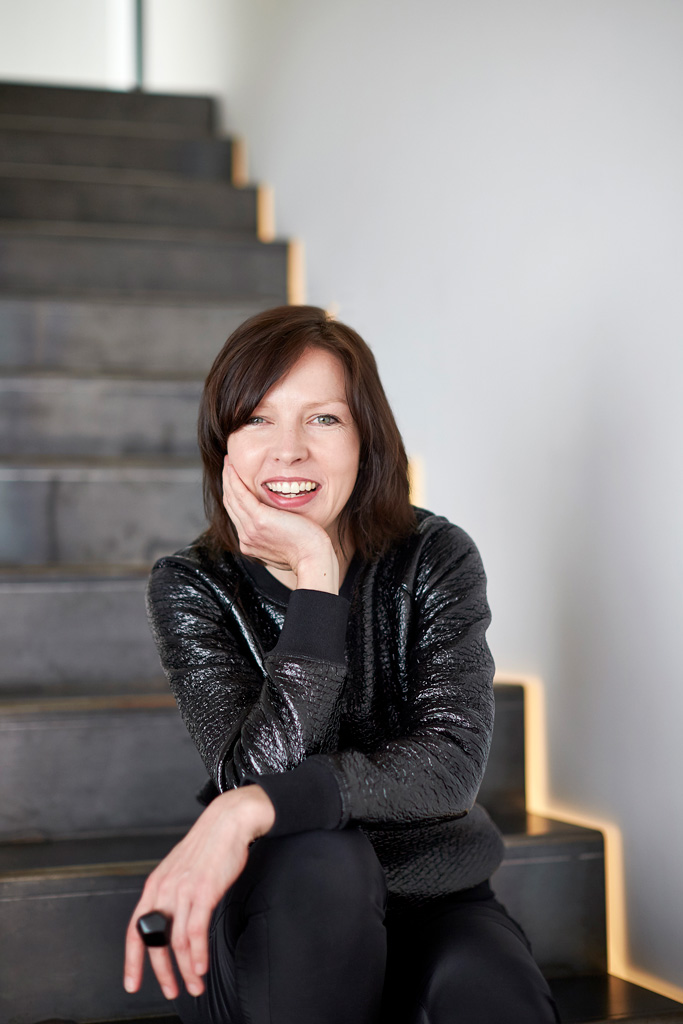 Amy Muir, one of the

AND THE WINNER IS…

This year’s competition – the fourth since it was instigated by McEoin and his department in 2015 – was won by Amy Muir of Muir Architecture in collaboration with Mark Jacques of landscape architecture company OPENWORK.

Their winning design, called Doubleground, is a very different, but no less striking, beast to the car wash. Muir drew from childhood visits to the NGV to create a digital collage that uses some of the gallery’s architectural components, such as the triangular patterns of the façade and glass wall and a bamboo garden inspired by the building’s original bamboo courtyard, for the design blueprint.

“Doubleground provides an intervention that challenges the role of the NGV garden,” Muir explains. “Acknowledging the intent and architectural language of the original Roy Grounds building, it seeks to bring the memories of place back into play. We hope it will allow visitors to see the NGV garden in a new way.”

McEoin says visitors take different things from the commission, but ultimately he hopes it gets them talking about architecture. “It makes people see that when you scale down and make it more participatory you realise what the concerns and capabilities of architecture are and how it affects us,” he says. “But it’s also about the joy and getting people to engage in the public realm.”

Doubleground – which is open from November until April 2019 – isn’t the only piece of temporary architecture in town. Cross St Kilda Road to the Queen Victoria Gardens and you’ll find MPavilion, a project from the Naomi Milgrom Foundation, which seeks to champion contemporary architecture.

Unlike the NGV’s competition format, MPavilion’s architect is chosen by the foundation. It’s a model based on the London Serpentine’s blueprint of inviting foreign architects to design a temporary pavilion. In Melbourne they have included London’s Amanda Levete, Mumbai’s Bijoy Jain and the Netherlands-based Rem Koolhaas and David Gianotten. The only exception was Melbourne-born Sean Godsell, who was behind the inaugural MPavilion in 2014. 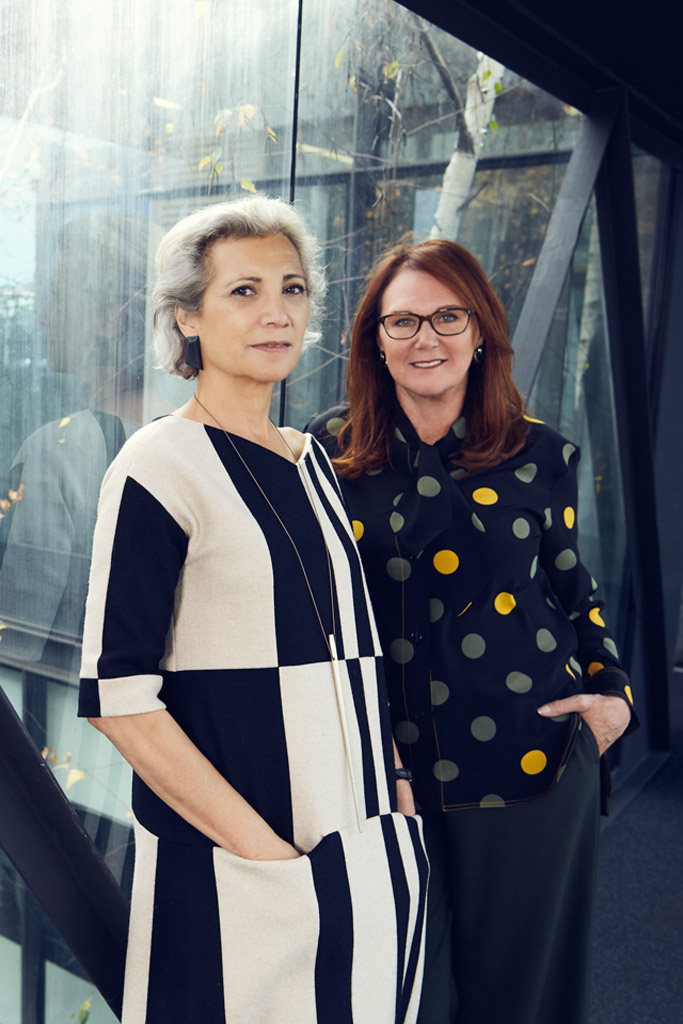 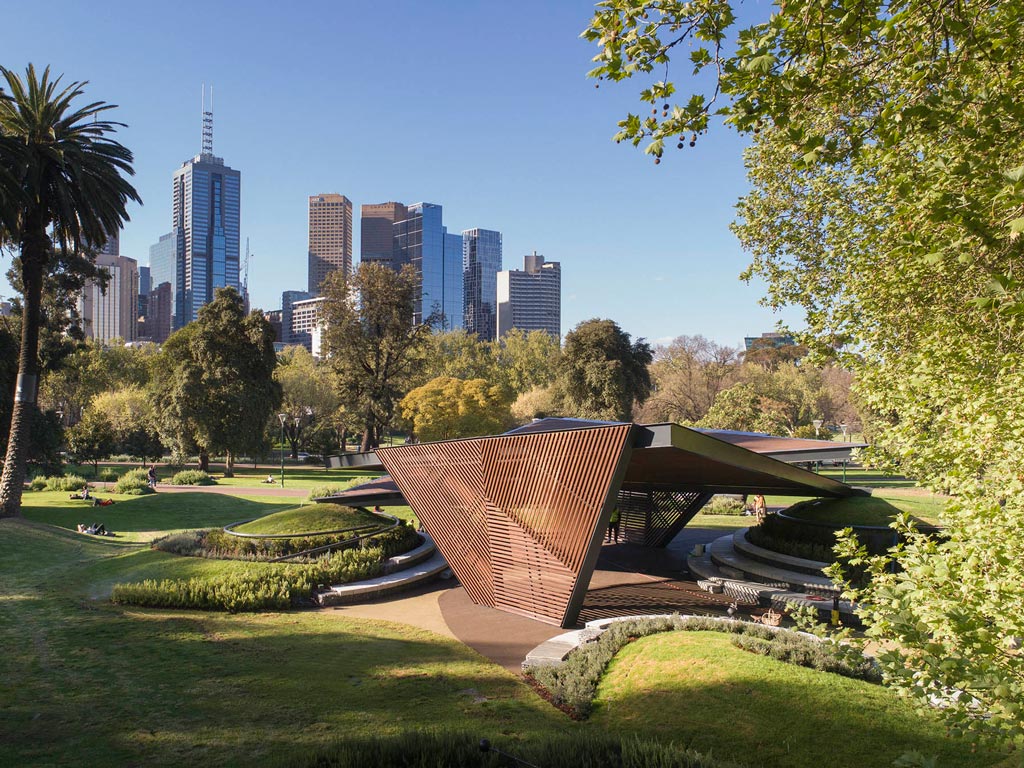 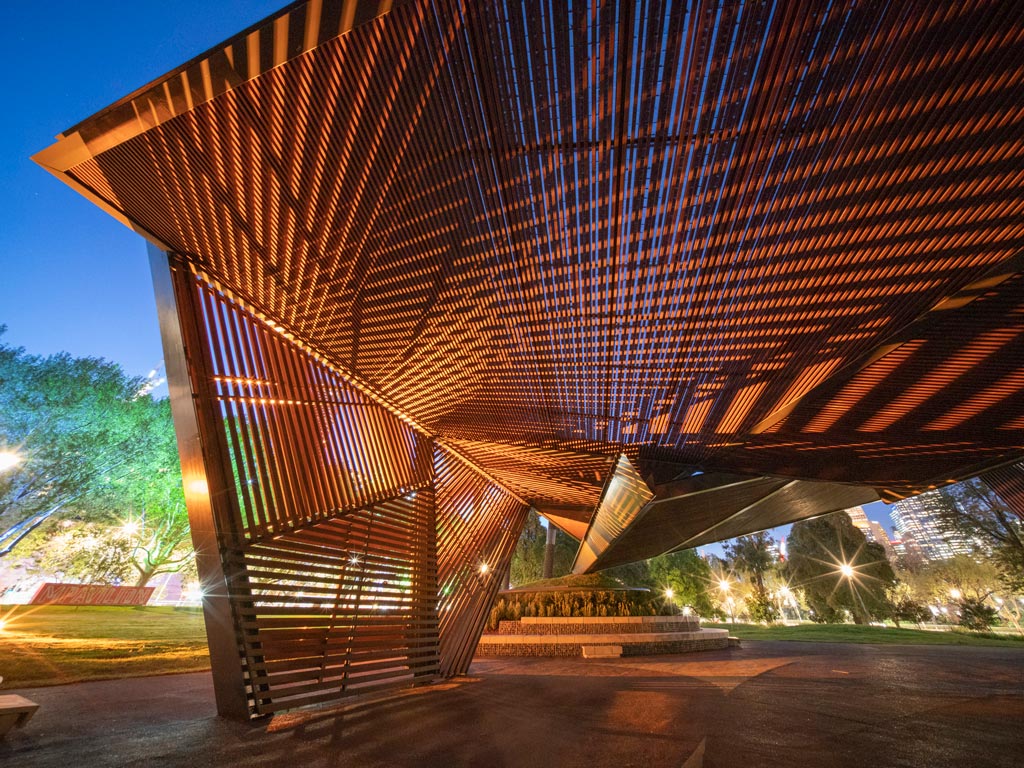 This year’s pavilion – the fifth – has been designed by the Barcelona-based architect Carme Pinós. The sculptural design incorporates floating timber planes resting at angles on elevated points in the gardens, symbolising a connection between the pavilion and the city.

“MPavilion 2018 is a place for people to experience with all their senses, to establish a relationship with nature, but also a space for social activities and connection,” Pinós explains.

The design – and Pinós’ ethos – has also inspired the accompanying program of more than 400 free events focusing on design and building communities and fostering inclusivity, as well as women in leadership. Highlights include MRelay, with four intensive tag-team discussions; Fixperts, a creative social campaign that uses design to solve problems; and a smorgasbord of shows, workshops and performances from the likes of Chunky Move, Benjamin Law and Mama Alto.

Jen Zielinska, MPavilion’s program manager, is, perhaps unsurprisingly, given her job title, very excited about this year’s program and the pavilion that houses it. “It gives us an opportunity to talk about design and architecture in the context of the city and what it means to be in Melbourne, [one of] the world’s most liveable cities,” she says.

“What is amazing about the pavilion is that there is a spontaneity about it. There are no rules, we can play and we can experiment. It’s a really accessible way of understanding more about architecture.”

Zielinska thinks Melbourne is a natural home for initiatives such as MPavilion. “There is a real appetite for art and design,” she says. “It’s a hub for creativity and the scale of the city does lend itself to it as well – its location in the Queen Victoria Gardens means it’s very easy for people to come in after work.”

MPavilion is open until 3 February, but that’s not the end: an important part of Milgrom’s initial vision was that each design had a life beyond its season. To that end, each pavilion is gifted to the City of Melbourne and, in past years, have been relocated to new locations, such as Melbourne Zoo, the Hellenic Museum and Monash University.