With 500,000 plus punters through the doors in its first year, it’s easy to see why Australian Music Vault – a permanent and free celebration of the Australian music scene – has become such a drawcard. The Vault, which is better described as a project rather than as an exhibition, was developed in collaboration with the music industry, showcasing artefacts sourced from the Arts Centre Melbourne’s Australian Performing Arts Collection, legends of the scene, museums and collectors. 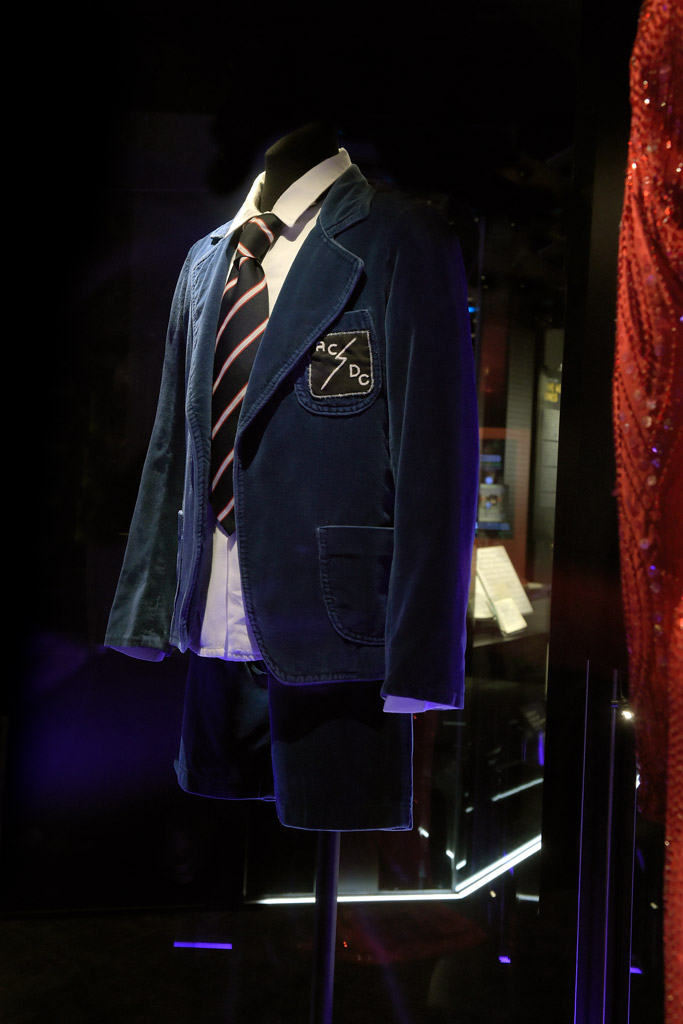 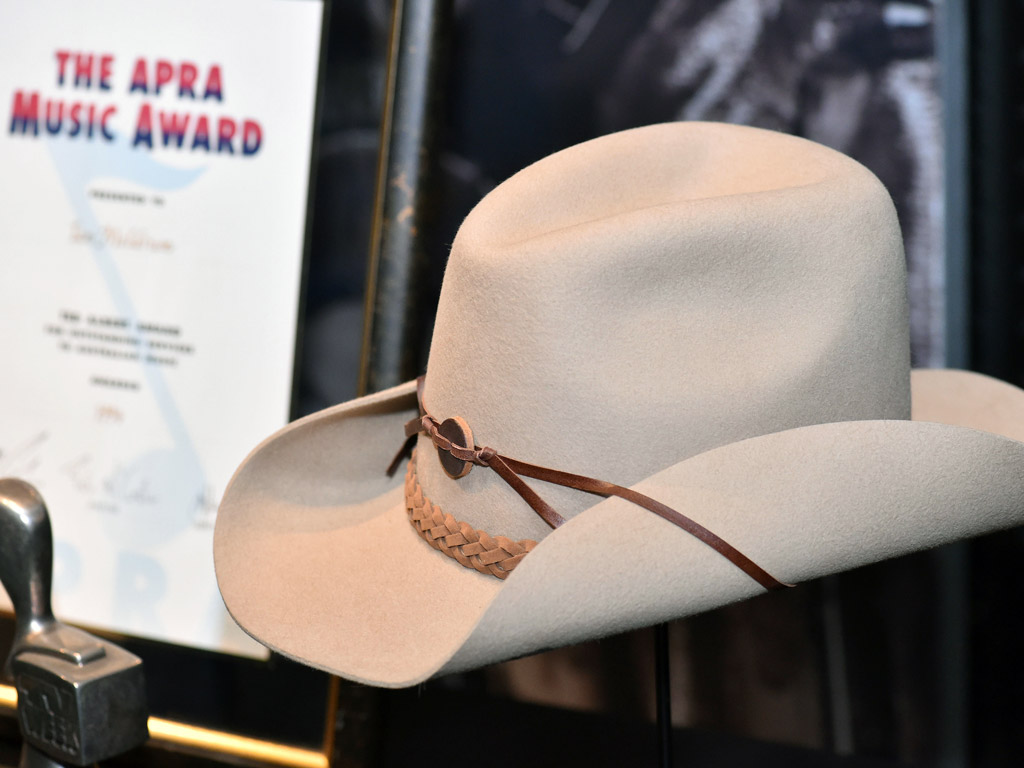 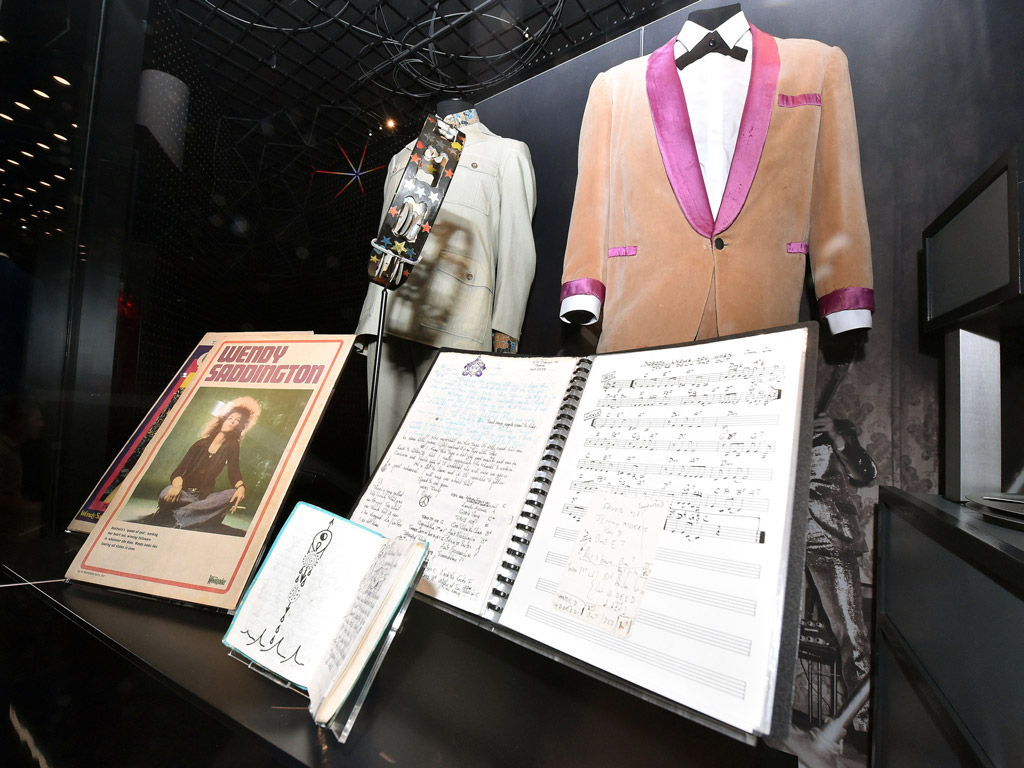 BETTER THAN A HALL OF FAME

For many years it was a mere pipe dream, but when the Victorian State Government offered up the funding, it was action stations for the team, delivering the project in nine months. “It was a short time in putting it together, but a long time coming,” says Vault senior curator Carolyn Laffan. “It’s really been a long-held dream of a lot of people in the industry that Australia would have a permanent place to celebrate the role that music plays in our society.”

The Vault highlights Aussie music icons, ranging from the original wild one, Johnny O’Keefe, right through to Indigenous country music legend Roger Knox. However, it’s also a much broader celebration of the industry, with a nod to everyone, including local guitar-making legends Maton and dedicated music fans. Check out the homemade badge created by a Nick Cave aficionado, who rigged it with lights to power the singer’s glower.

Guided by this inclusionary approach, Vault guests are greeted by projections of three industry participants – Lilith, an audio engineer, Dugald, a roadie, and Lauren, who’s actually from Mushroom Records, but is on door duty at Melbourne stalwart Cherry Bar for the exercise. “We wanted to celebrate the unsung heroes as well the trailblazers and better known people, and we also wanted to talk about what happens both on and off stage,” Carolyn says.

With five founding patrons – Michael Gudinski, Molly Meldrum, Kylie Minogue, Archie Roach and Tina Arena – the Vault isn’t arranged chronologically. Rather, it’s divided into permanent categories: The Real Thing, focusing on our hit makers; The Wild Ones, featuring industry innovators; and Two-Way Traffic, which explores the musical imports we like to claim as our own, such as Split Enz, as well as the impact of our most famous exports. “We wanted to move it away from the idea of being a Hall of Fame, which would be very personality driven,” Carolyn explains. “So we decided to go with these bigger, overarching themes. The idea is that the themes are permanent, but the cast is changing.”

These permanent categories are backed with exhibits spotlighting heroes, such as Knox, and influential movements in the scene. Australia’s punk and new wave landscape takes pride of place at the moment, with memorabilia and footage paying homage to bands, including Brisbane’s punk groundbreakers The Saints, who pre-dated the Sex Pistols. 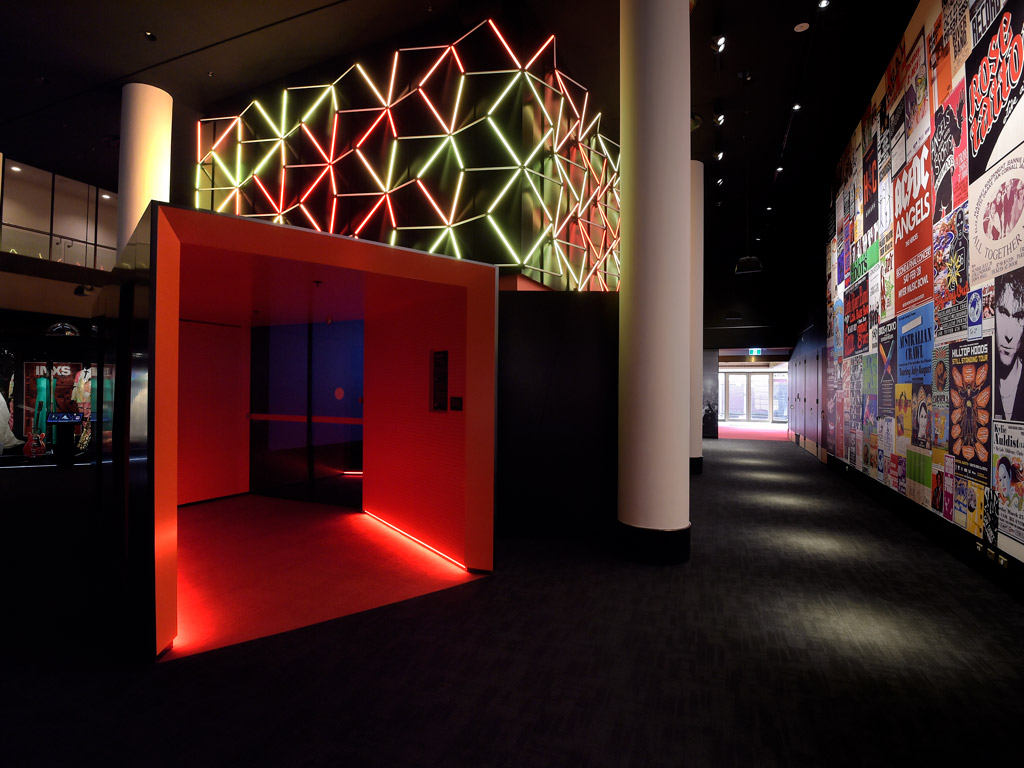 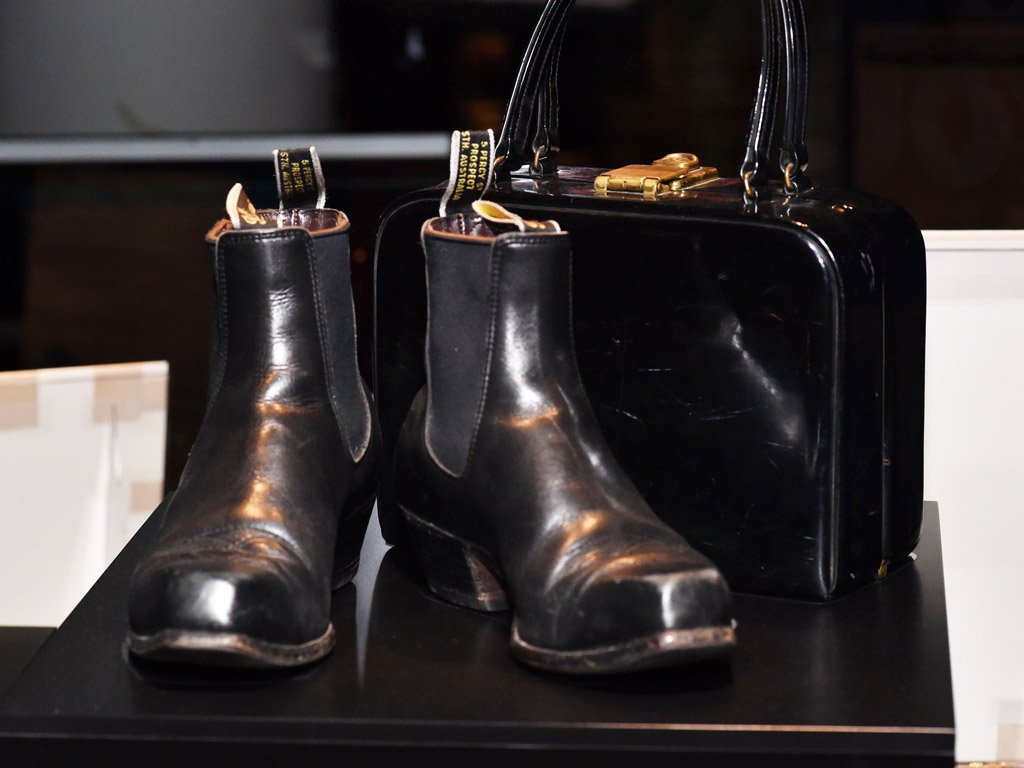 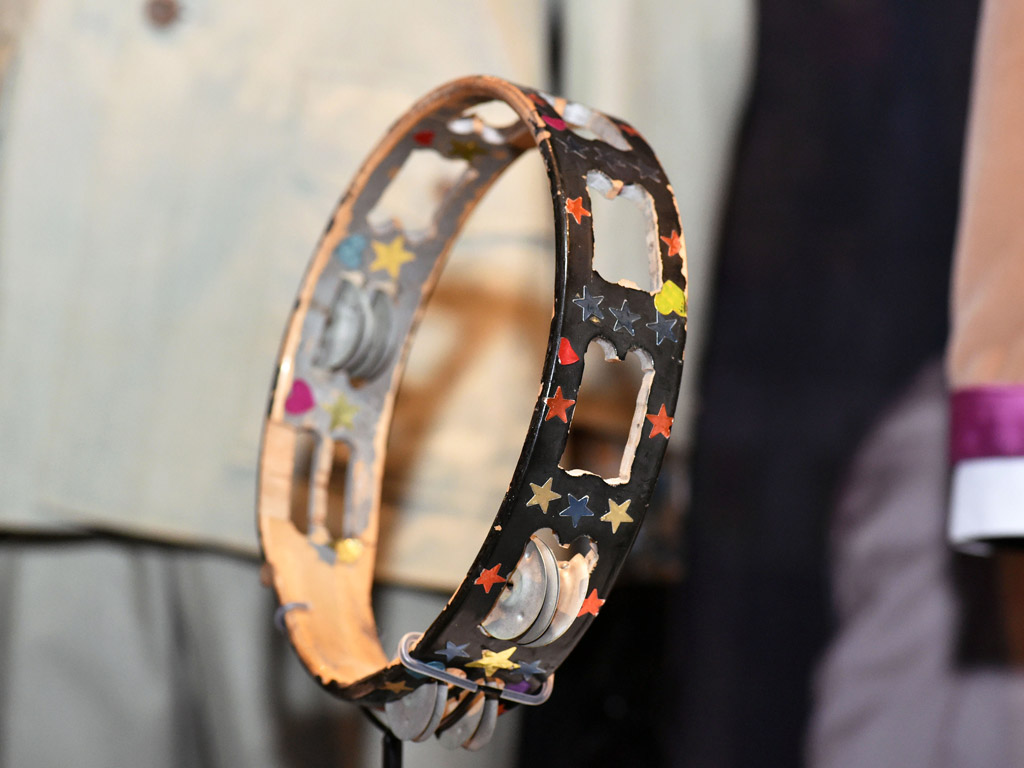 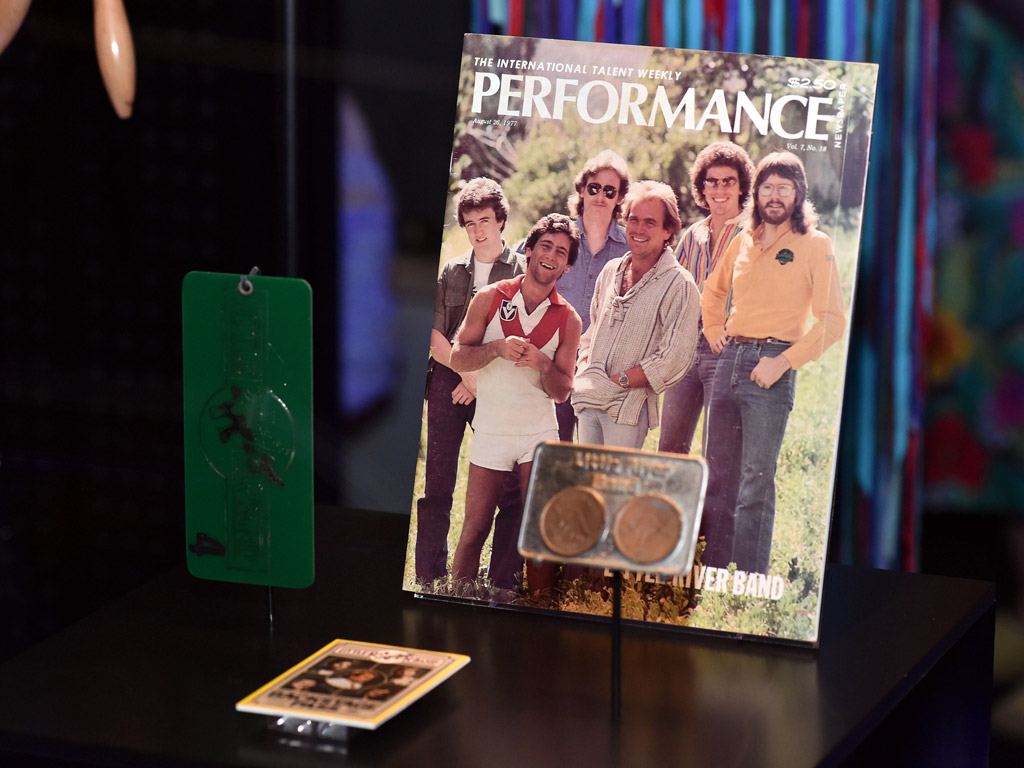 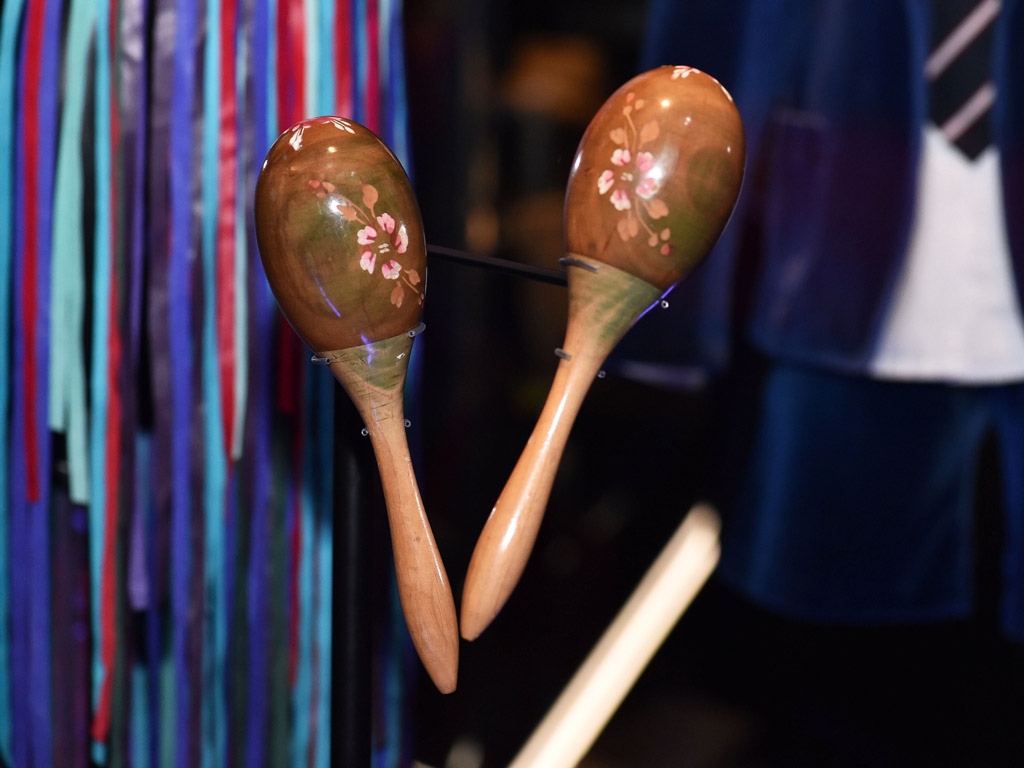 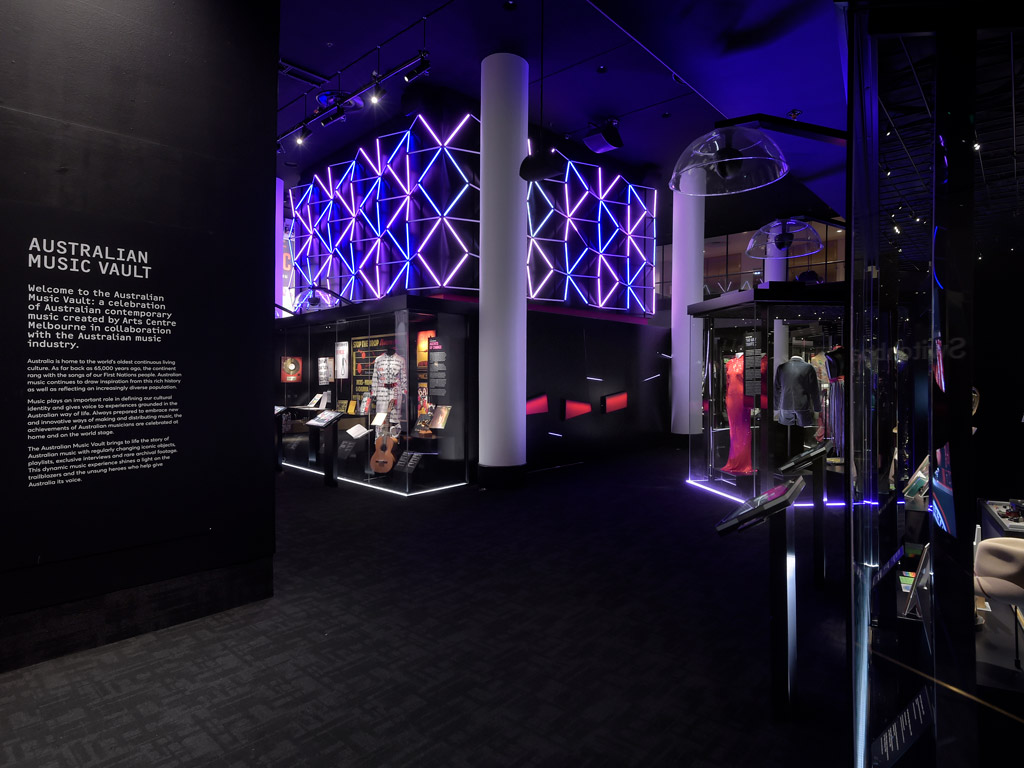 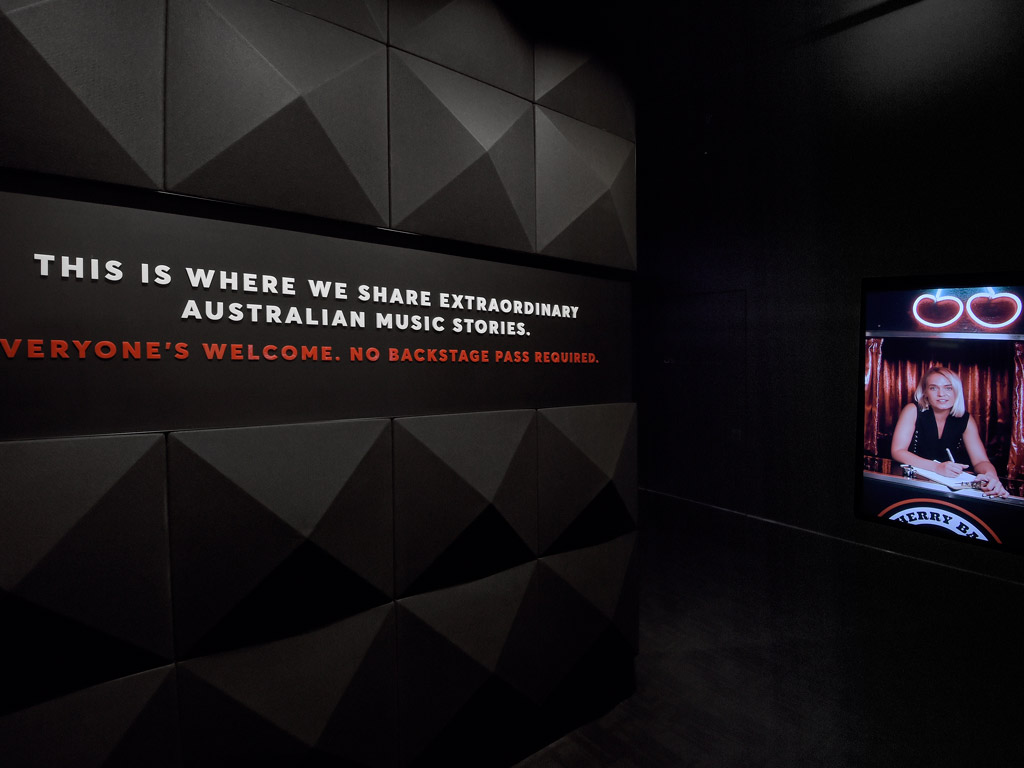 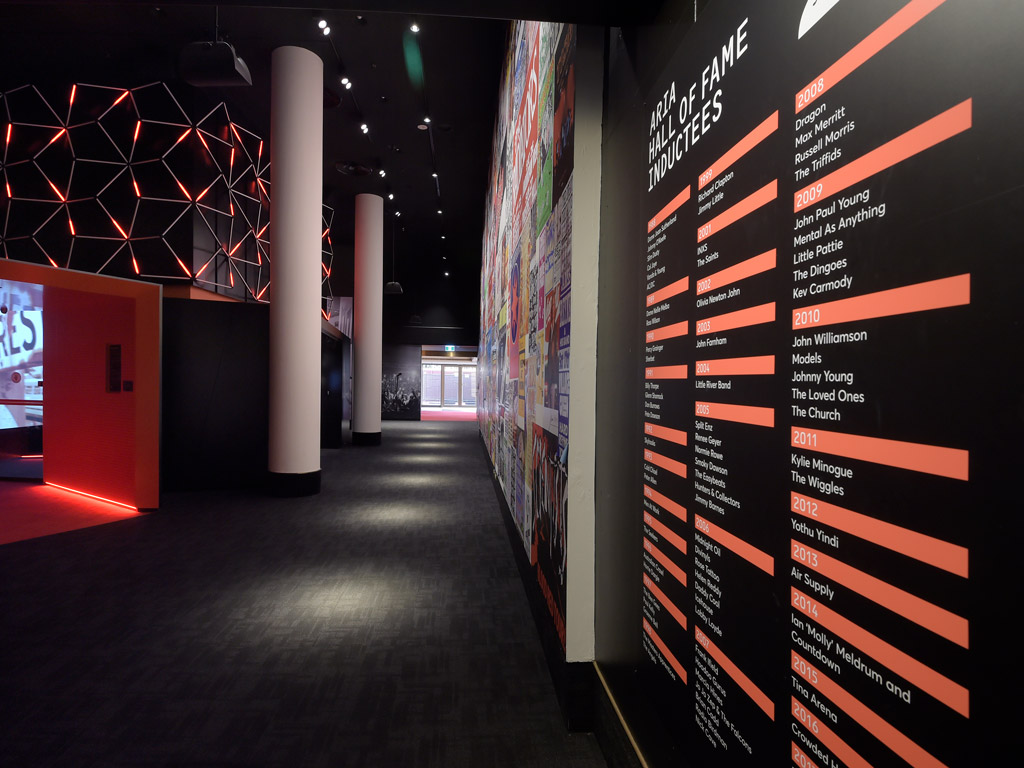 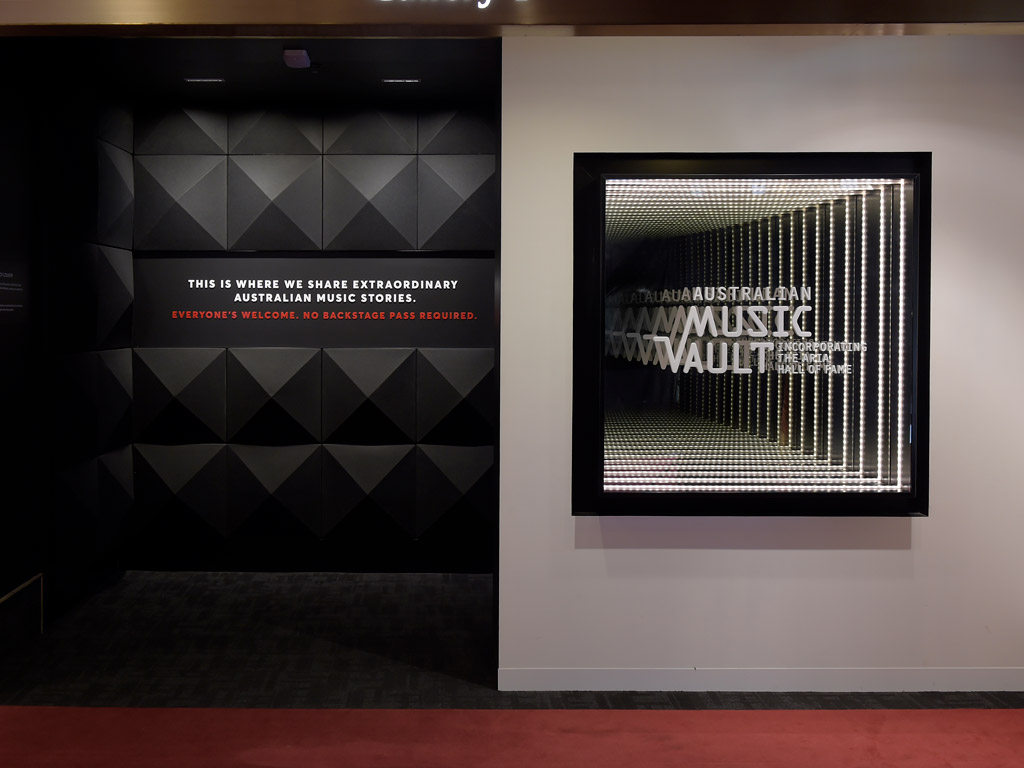 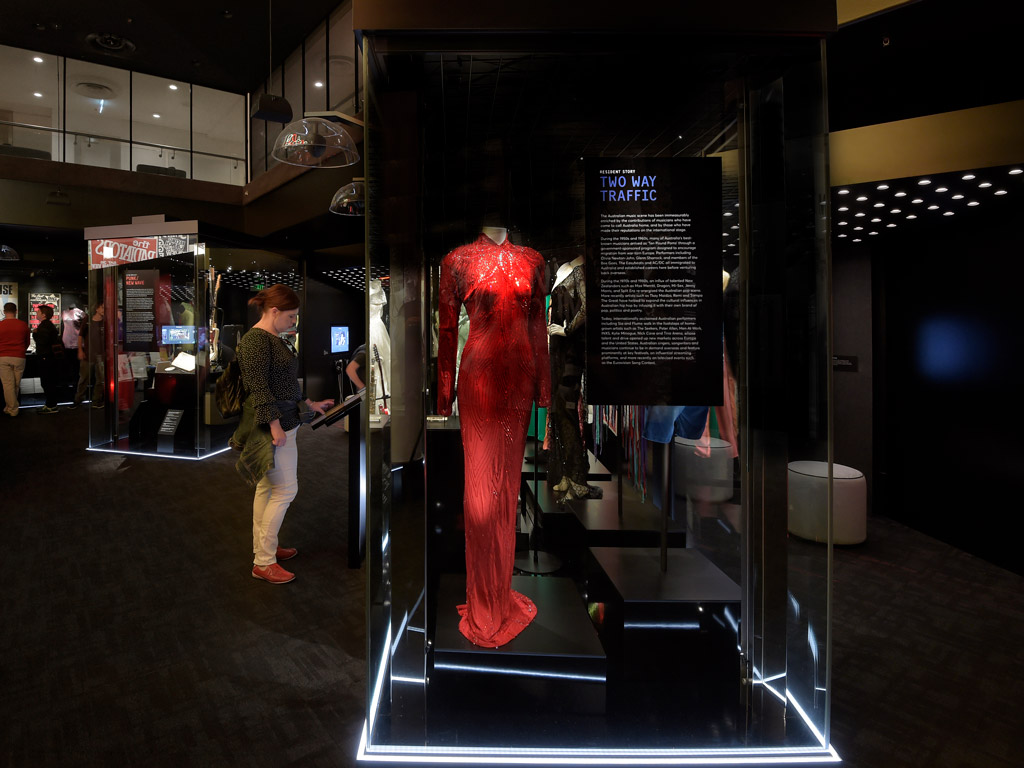 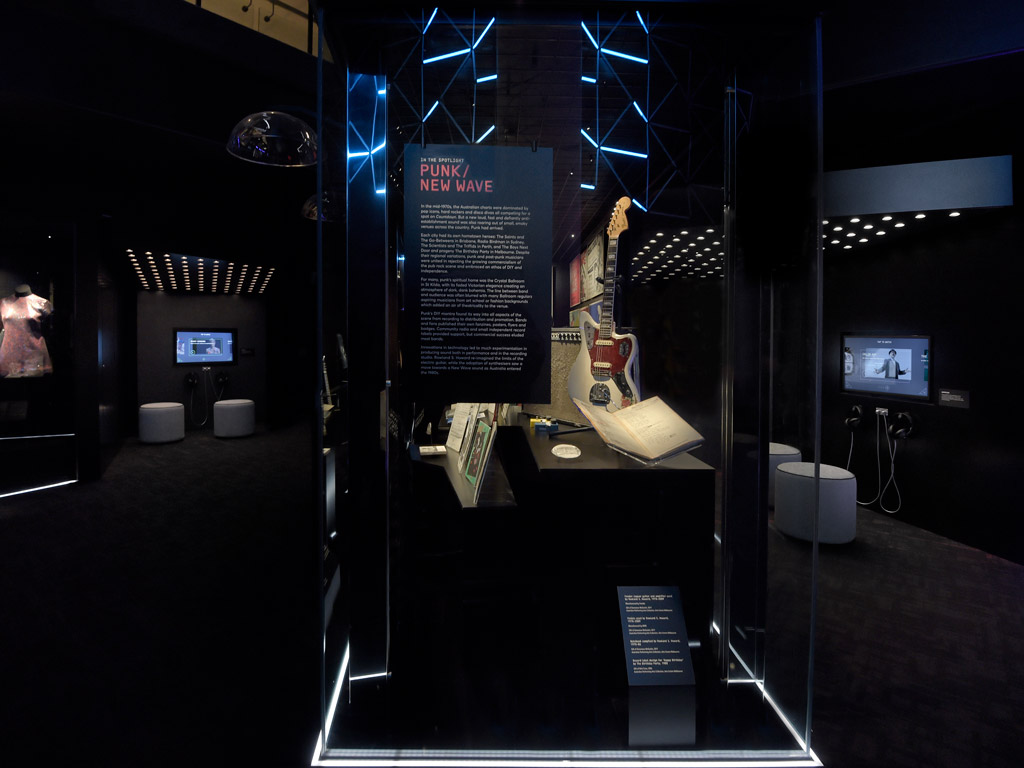 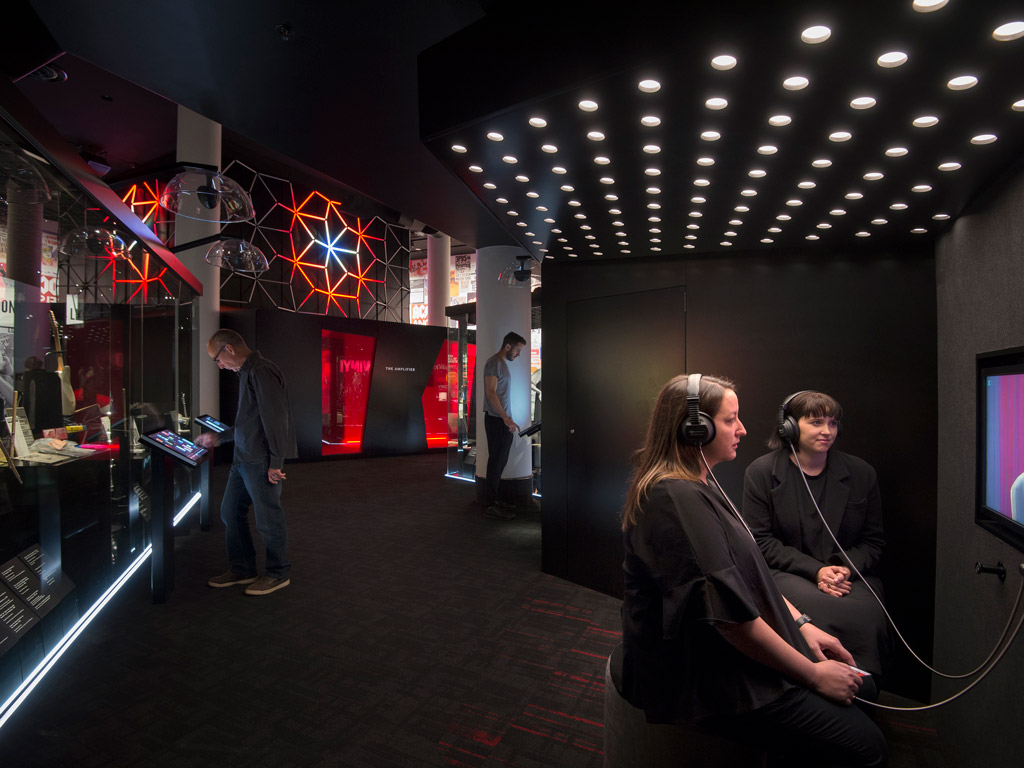 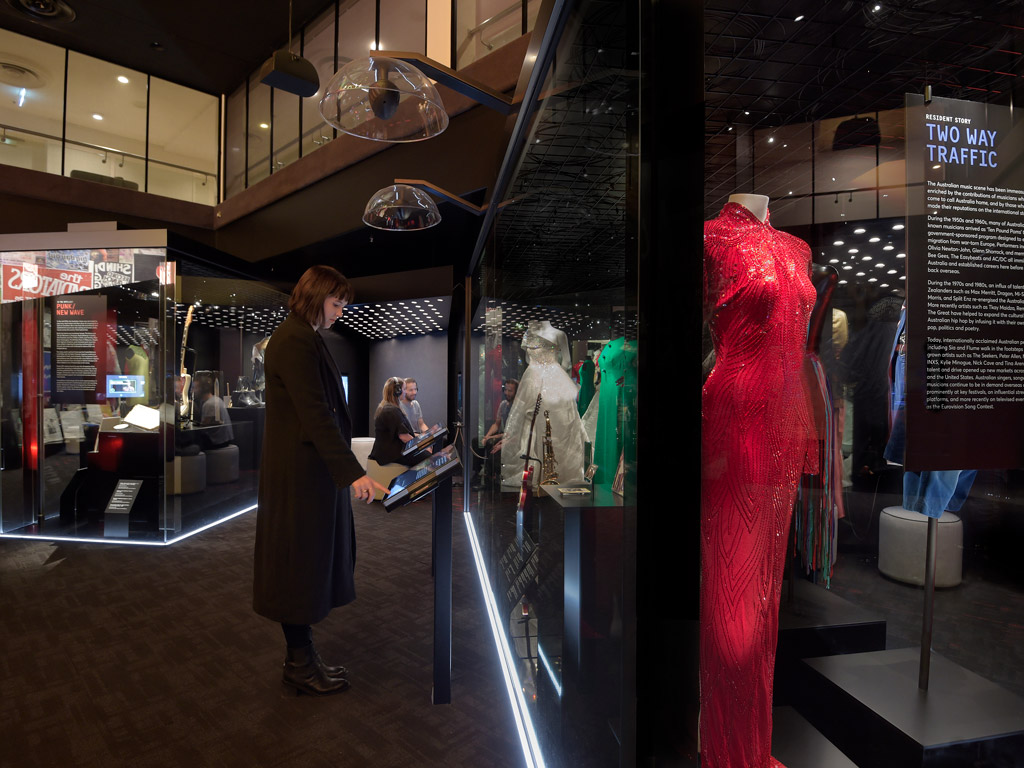 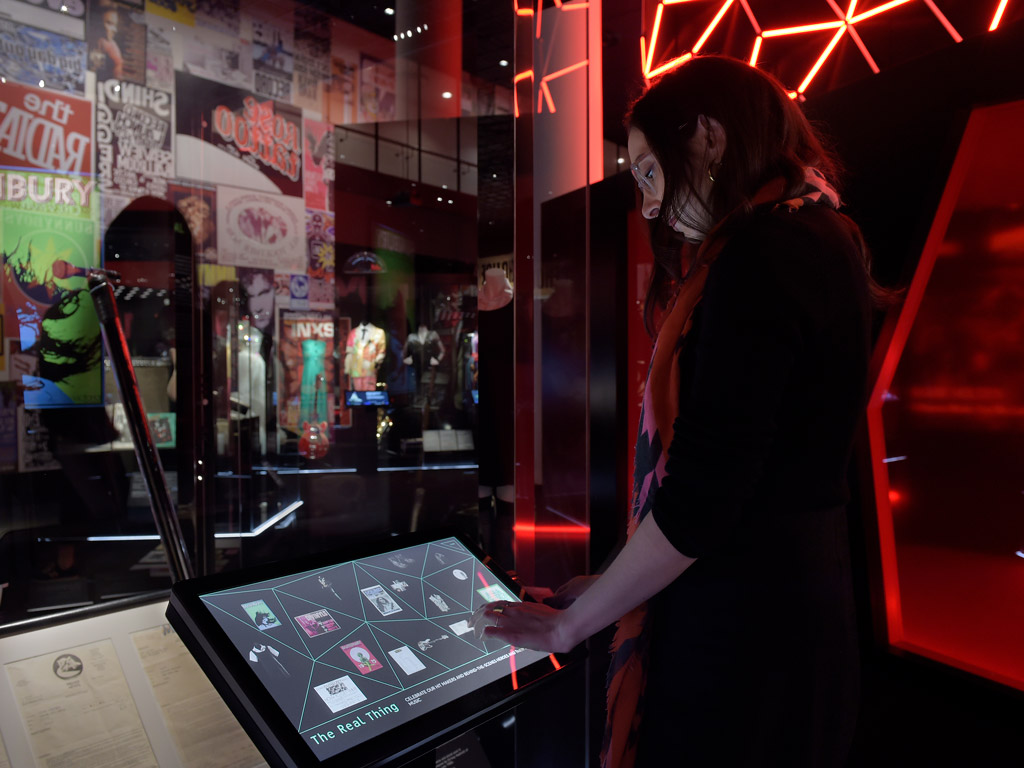 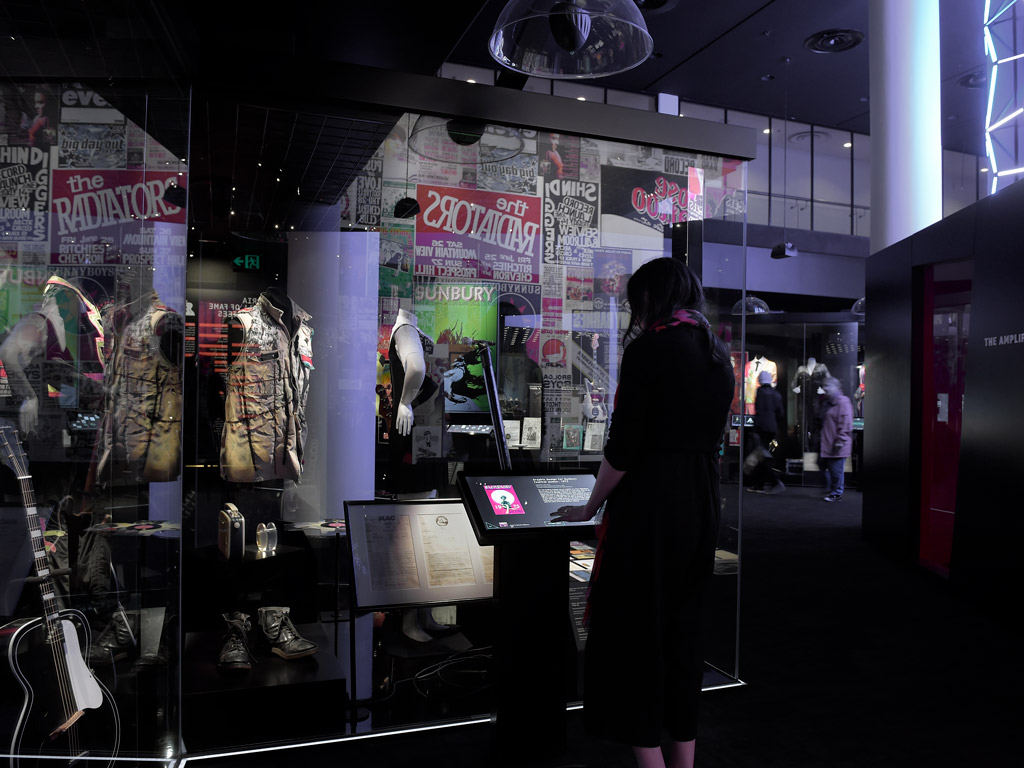 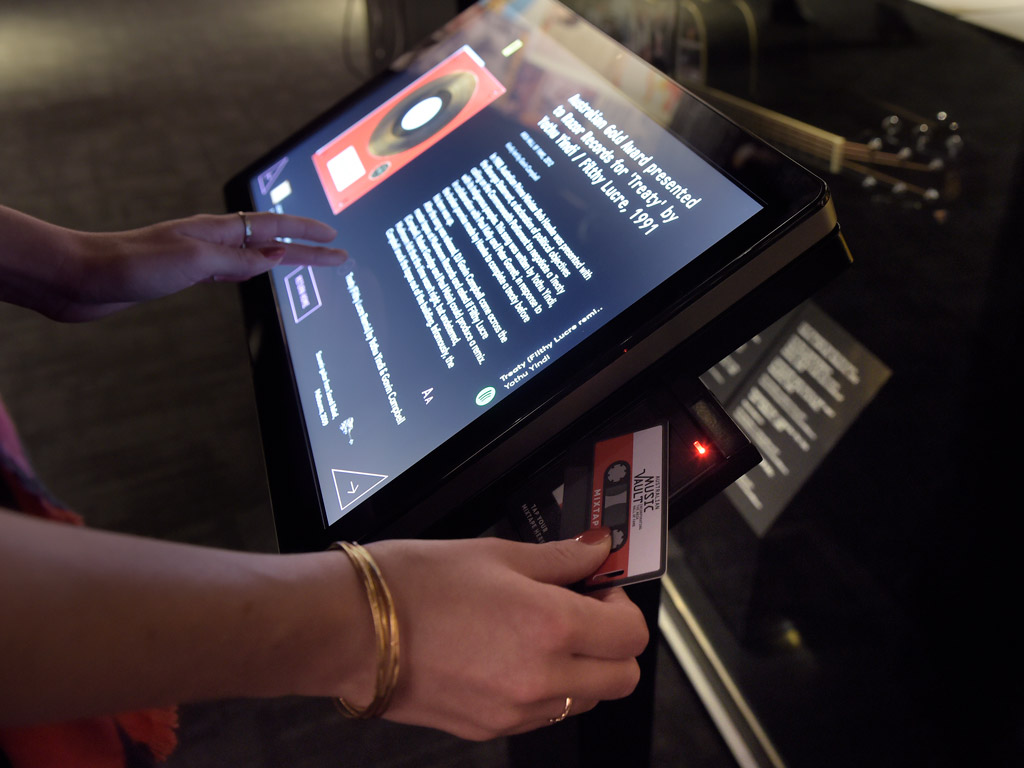 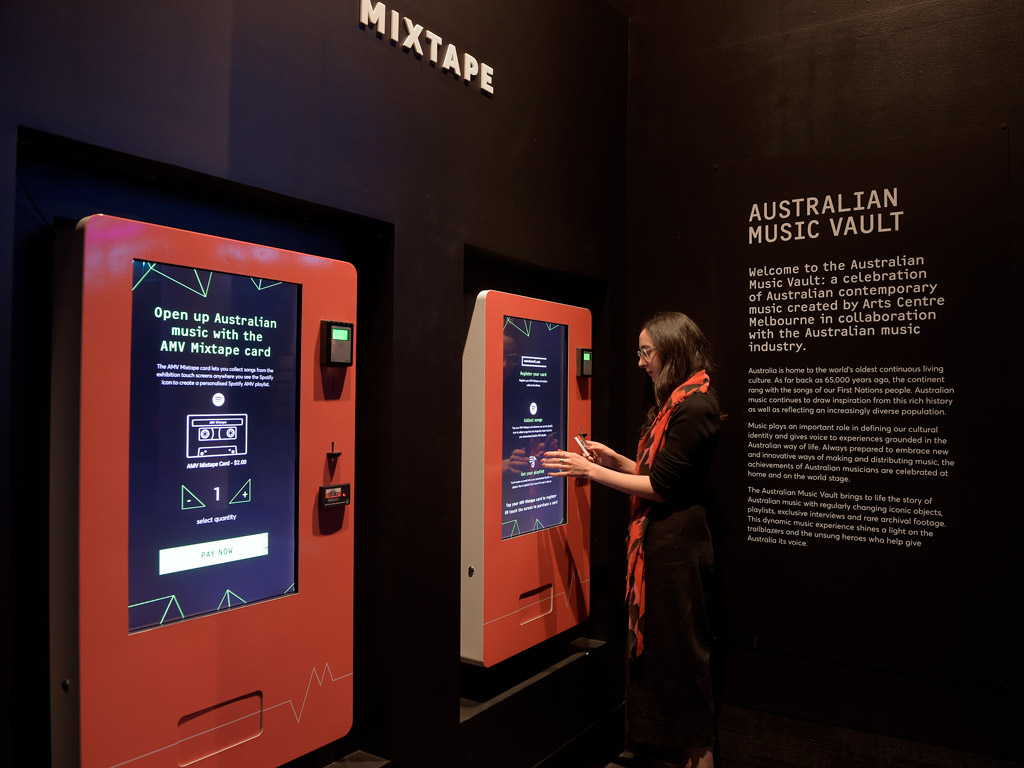 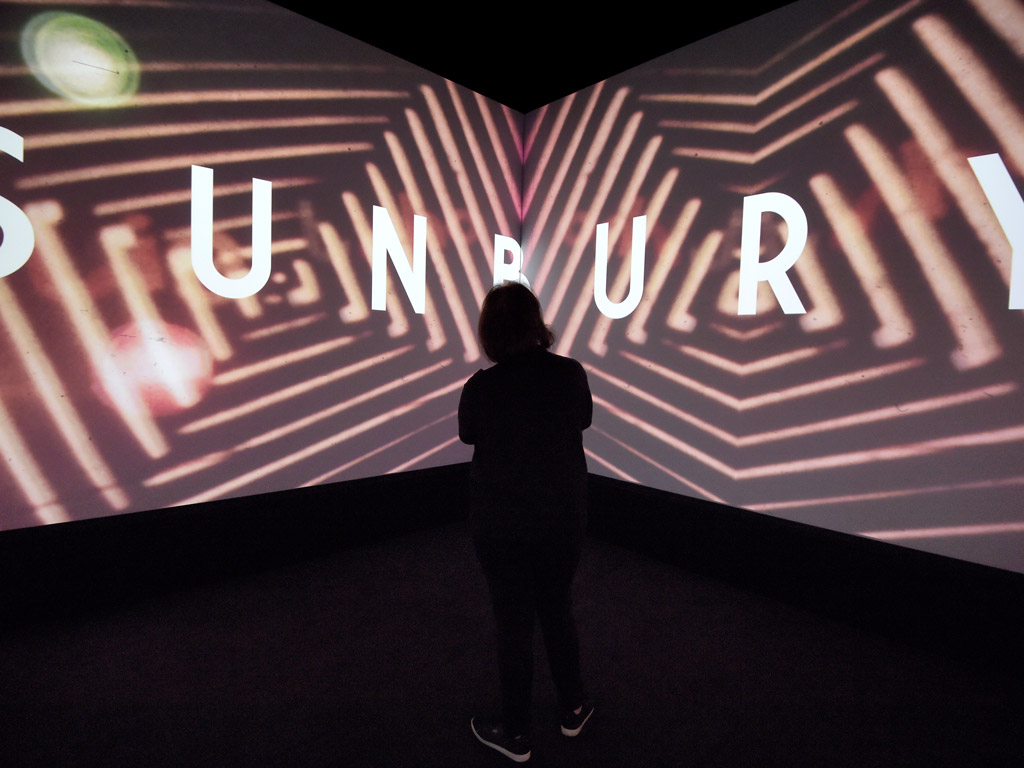 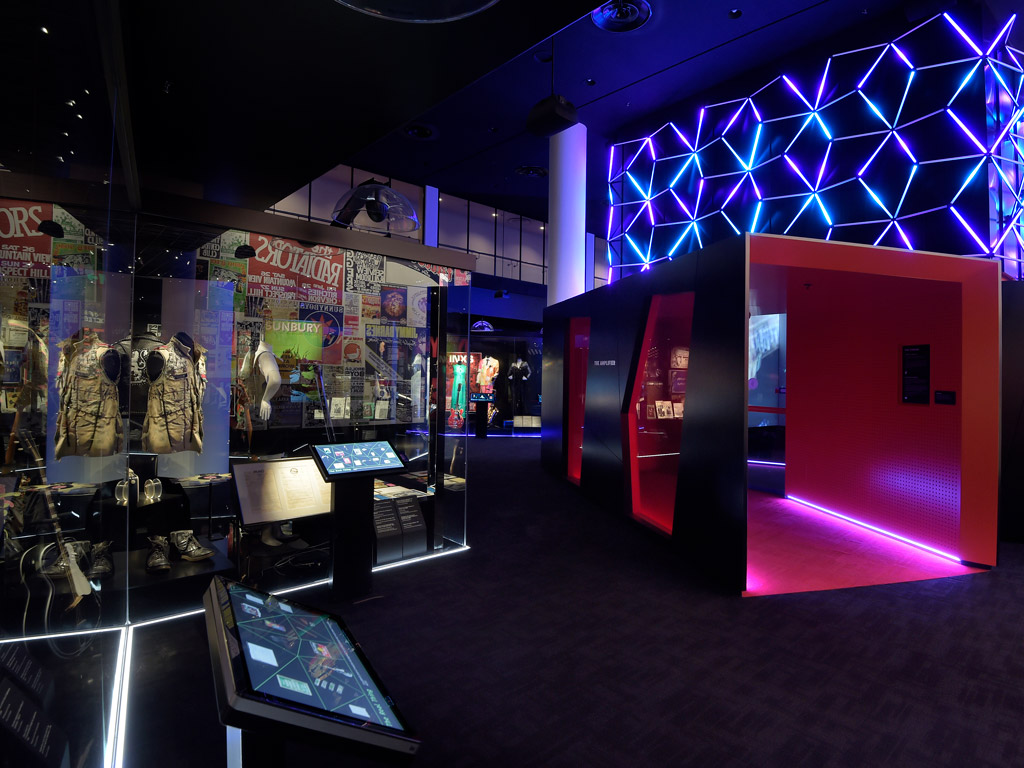 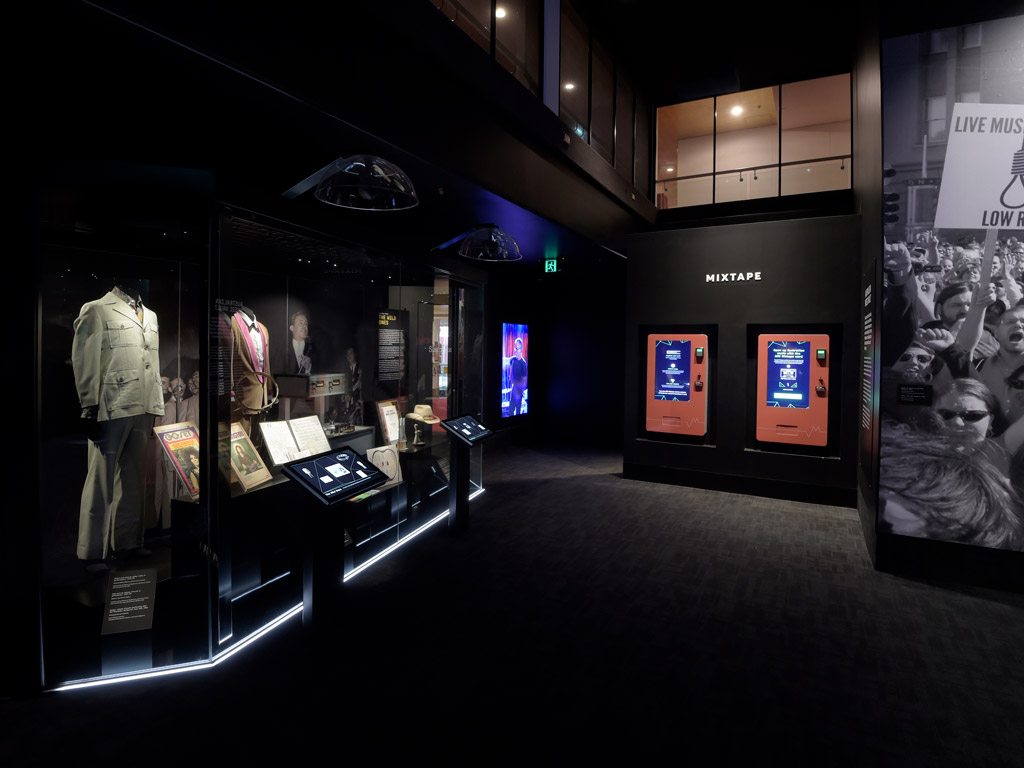 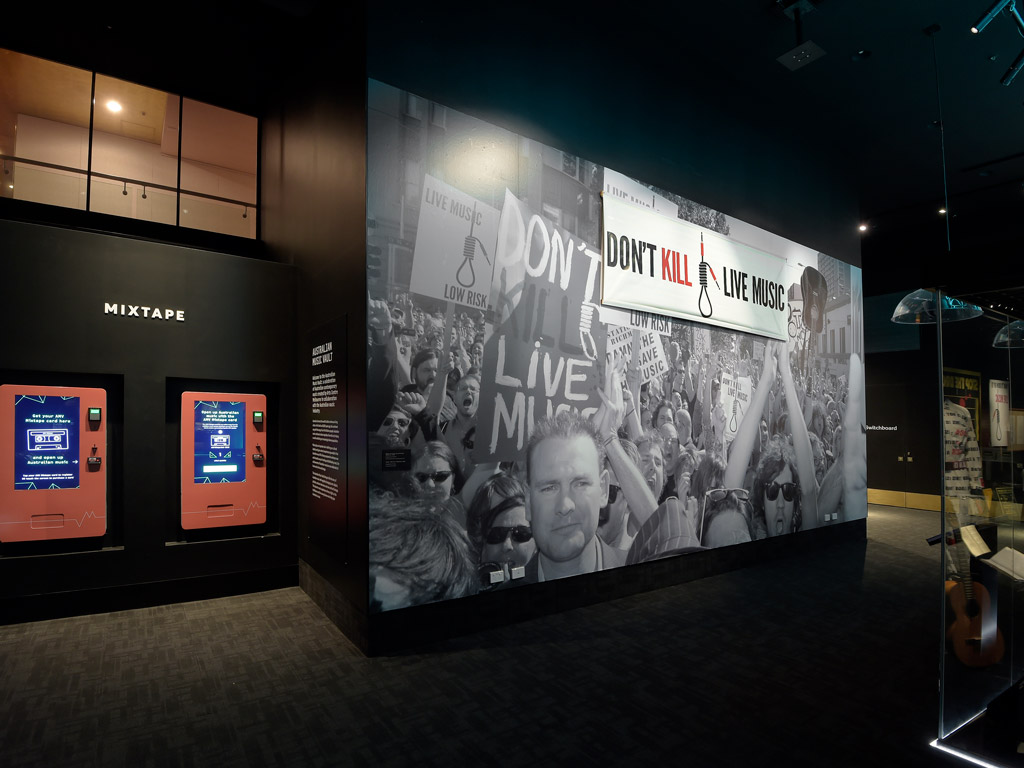 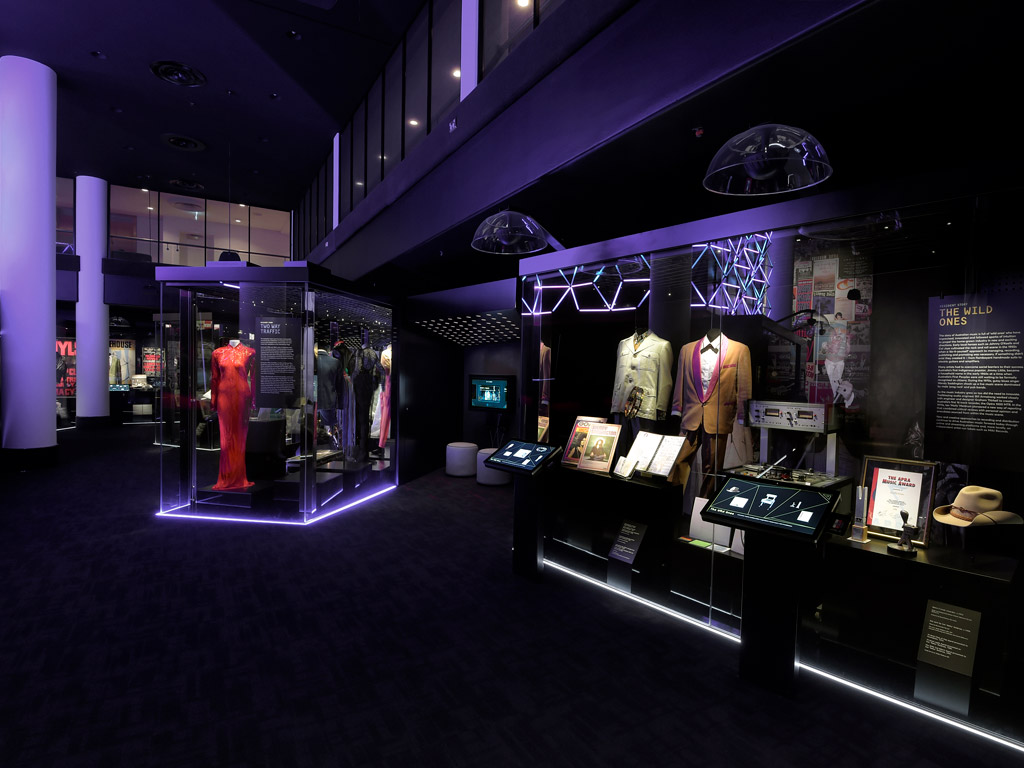 The Vault is testament to the fact that exhibitions have come a long way. There’s no passive eyeballing items under glass counters here. The items exhibited, which span everything from Angus Young’s instantly recognisable (and tiny) blue-velvet school-boy jacket through to Chrissy Amphlett’s iconic neon mic stand, are accompanied by commentary, footage, pictures and other juicy supporting information on tablets.

Plus, between the exhibits, there’s the opportunity to take a load off and listen to industry participants talk about the scene, a highlight of which includes an interview with Milk! Records founders and singer-songwriters Jen Cloher and Courtney Barnett. Most items in the exhibit come with extensive supporting video. “A few people have told me that they’ve watched all four hours of it,” Carolyn marvels. “Although, not in one go – it’s been on repeated visits.”

TAKE IN A CONCERT

The best example of the Vault’s immersive approach is the genius AMV Mixtape Card, which looks like an old-school cassette, and can be purchased for a measly $2 and reused on subsequent visits. With every item exhibited in the collection linked to a relevant song, you can use your AMV Mixtape Card to compile a playlist of fave tunes, which will be emailed to you and can be played on Spotify after you leave.

And don’t leave before experiencing what’s on offer in the carefully soundproofed room at the Vault’s core. Currently, the experience gives attendees insight into rocking out at the famed Sunbury Pop Festival. Between the footage (that includes a cheeky bit of nudity and the odd spliff) projected on all walls and sound pumping at feel-it-in-your-chest levels, you’ll understand why people still bang on about it four decades later.