Three years ago, they went out on a wire to create their own business. Carrie Hutchinson meets the creative couple behind Melbourne homewares company Bendo.

On a fine spring morning, the sun is casting its rays across the dining table at the Malvern home of Annabelle and Kristian Jamieson. Laptops are open, as are notebooks filled with sketches. Prototypes of new products and others ready to be sent out to customers and stockists take up room on the tabletop and the floor. It’s easy to see why, with views out into the tree-lined backyard, the couple prefer to harness their creativity here rather than in their warehouse on the Melbourne outskirts.

The idea for their venture was born in 2015, when Kristian, who’d been working as an advertising creative director, felt the pull to go back to his roots as an industrial and product designer.

“We weren’t quite sure what we were going to do,” he says, “but after a trip to China and a lot of discussion, we decided to create some wire giftwares and homewares.” Welcome, Bendo. 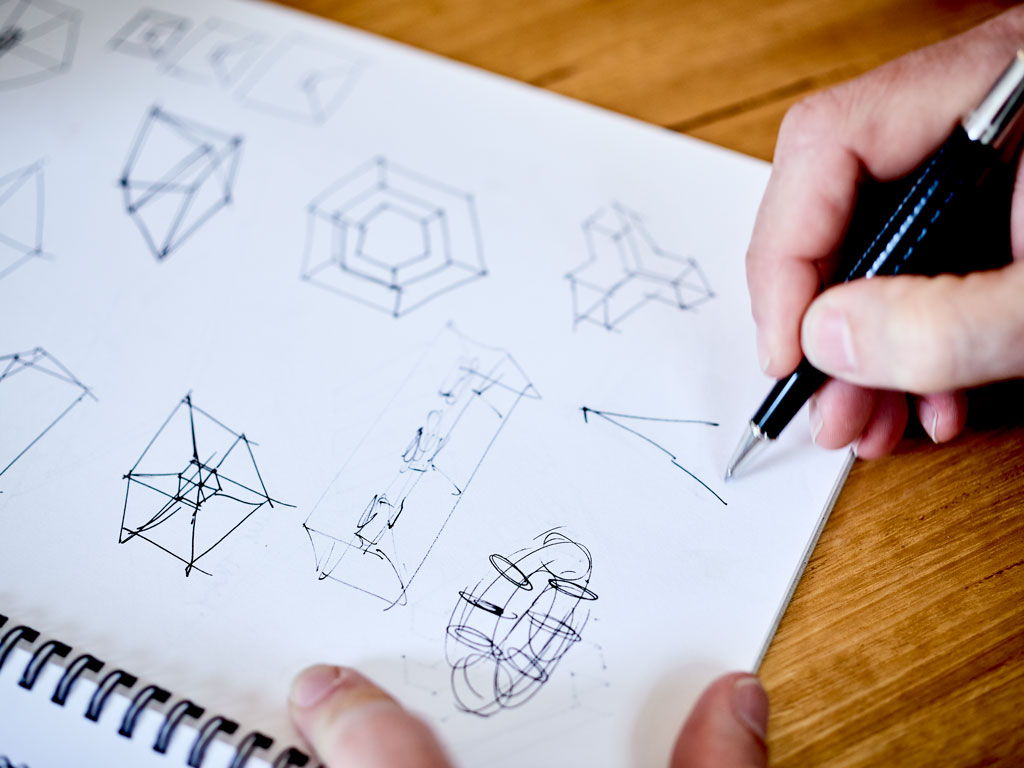 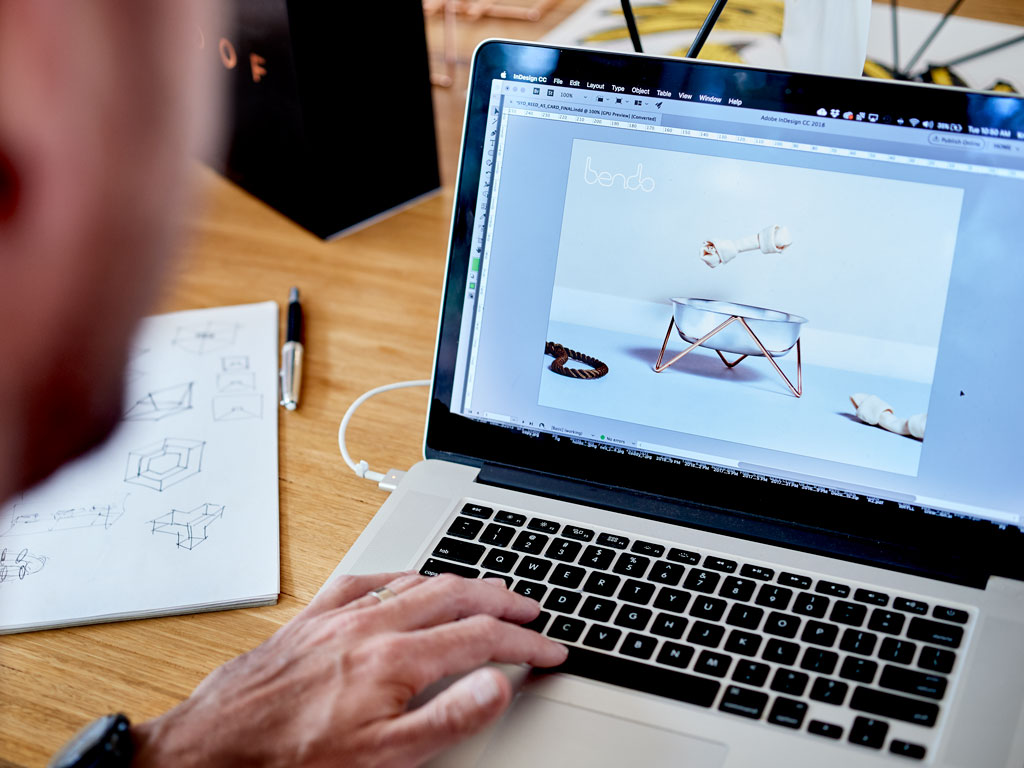 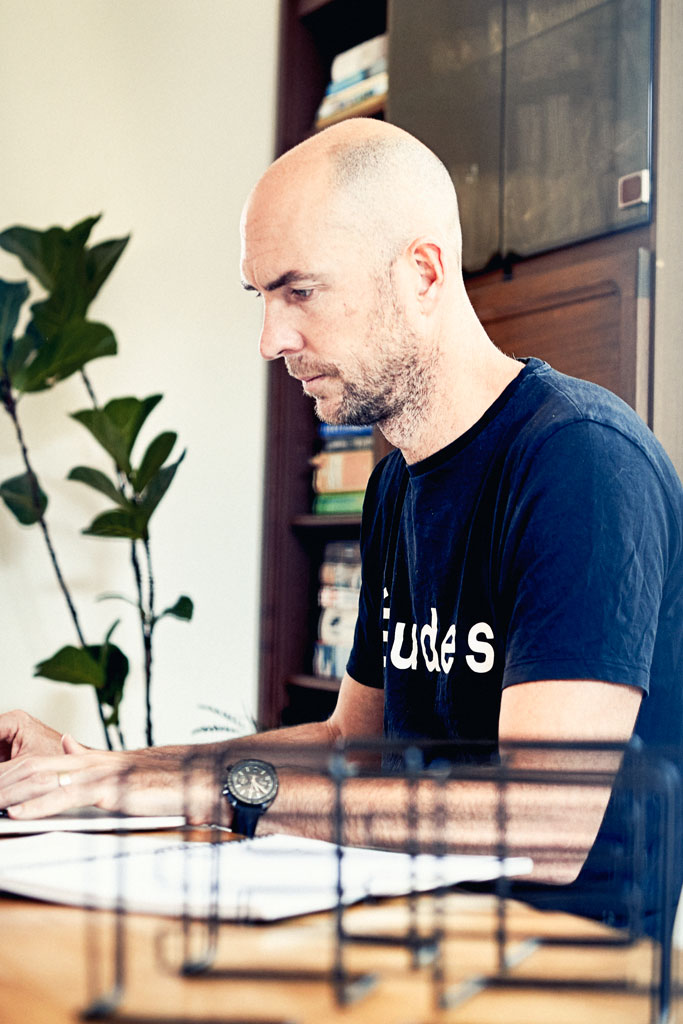 THE ELEPHANT IN THE GALLERY

The initial idea came after a trip to Phillip Island. “There was an art gallery there that had this giant elephant made of chicken wire and sprayed with this bright fluoro paint,” explains Kristian. “It gave us the idea that we could potentially look at regular household items that are made of wire, then slightly tweak them or paint them an interesting colour so we’d have some engaging products.”

One of the first products they released, after much trial and some errors, was the Yolk egg cup. It’s still hugely popular, according to one of Bendo’s stockists, Jo Harris of Hunting for George, who is anticipating another leap in sales as Christmas draws near and shoppers seek out quality stocking stuffers.

“We did start off with small designs,” confirms Kristian. “The egg cup and a baking tray, but we’ve slowly made them bigger and bigger, so now we have milk crates, magazine racks and plant stands.” 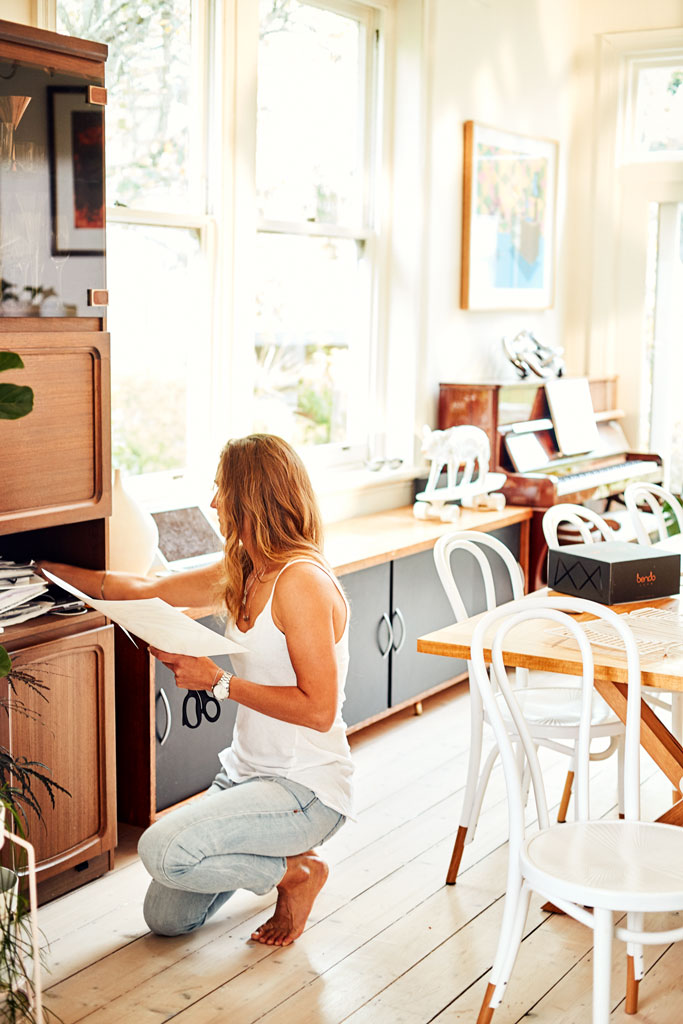 GONE TO THE DOGS

But it’s one of their simplest designs that has become Bendo’s number-one seller. Woof is a dog bowl elevated on a wire stand in copper, black, pink or green.

“It appeals to such a huge and very broad market,” says Annabelle, whose background is in marketing and graphic design, both of which are incredibly handy when launching a small business.

“We didn’t realise how crazy people are about their pets,” adds Kristian, who downsized the original to make a cat dish, not entirely surprisingly called Meow. They do intend to expand their pet range in the future, too. “People and their pets are an incredible breed,” he says by way of explanation.

The couple admits that it’s not just good design that has seen their range expand and sales increase. “After we’ve designed a product and we’ve nailed it, the fun part is giving it a really quirky name,” says Annabelle. “It gives the product a bit more personality, and helps us with our packaging.”

FROM BRAIN TO SHELF

It’s a complex web of relationships that takes the evolution of an idea and transforms it into an actual product sitting in the warehouse and waiting for distribution. “From the design perspective, it can take anywhere from two to 20 hours to think of a design and draw it up to a point where I think it will work,” says Kristian.

Then the specifications are sent off to manufacturer in in China to create a prototype, which can take anything up to two months. He hands over one – a bath caddy – as an example of a design that doesn’t quite work in a practical sense, and which he’s now consigned to the product trash can.

“Usually we don’t nail the prototype first time around,” adds Annabelle. “Either the design, the colour or the way it functions will need tweaking and we’ll go through the process again.”

Twice a year new products are added to the range, and now the couple has decided to expand upon their wire-only remit.

“We need to keep things fresh,” says Annabelle. “When people come to trade fairs they don’t want to see the same type of products every year.”

“So we’re looking at other materials that can be bent or formed to create an object,” says Kristian. “We’re now working with sheet metal, silicone and other flexible materials that fit into the Bendo ethos.”