A reported $30-million renovation pays homage to the Espy’s rich history, while making way for the future with some impressive innovation, writes Meg Crawford.

Knowing its storied rock ’n’ roll history, it’s hard to imagine St Kilda’s beloved Esplanade Hotel – better known to punters as the Espy – was once a bayside playground for the well-heeled. Built in 1878 and pegged as Melbourne’s premier hotel outside the city centre, legend has it Mark Twain was once a guest, while super-loaded entrepreneur and philanthropist Alfred Felton (the guy responsible for the NGV’s most enduring bequest) took up residency until his death in 1904.

However, after the glitz and glamour of its early years, the Espy earned itself a less-than-salubrious reputation. In doing so, though, it secured a pivotal position in Melbourne’s live-music scene. From the late 70s through to the 90s, the Espy was part of St Kilda’s fabled rock circuit that included venues like The Palace (until it burned down in 2007), Joey’s, the George, Pure Pop Records, the Venue, Crystal Ballroom and the Prince of Wales, among others. Now, unfortunately, only the Espy and POW remain. 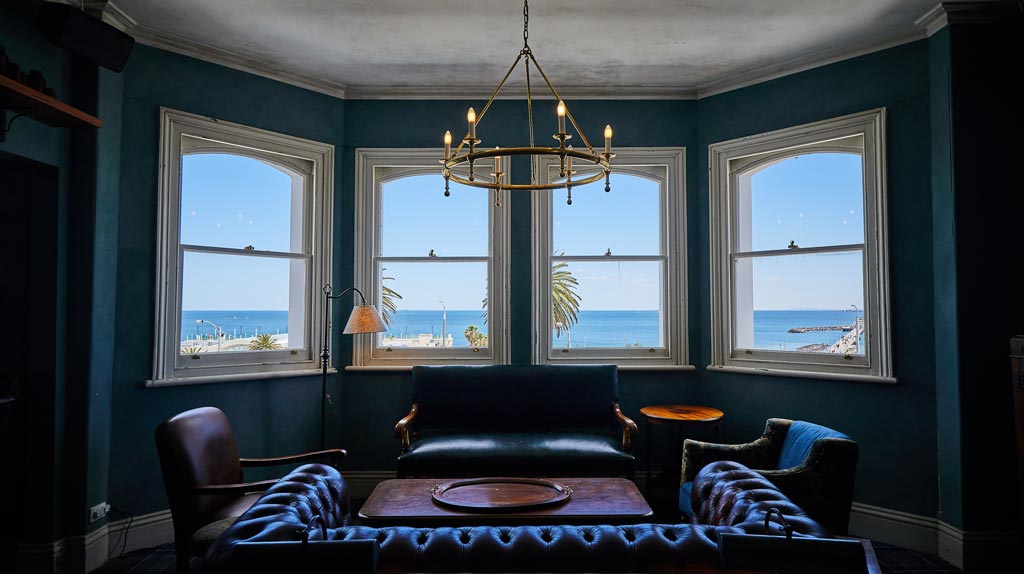 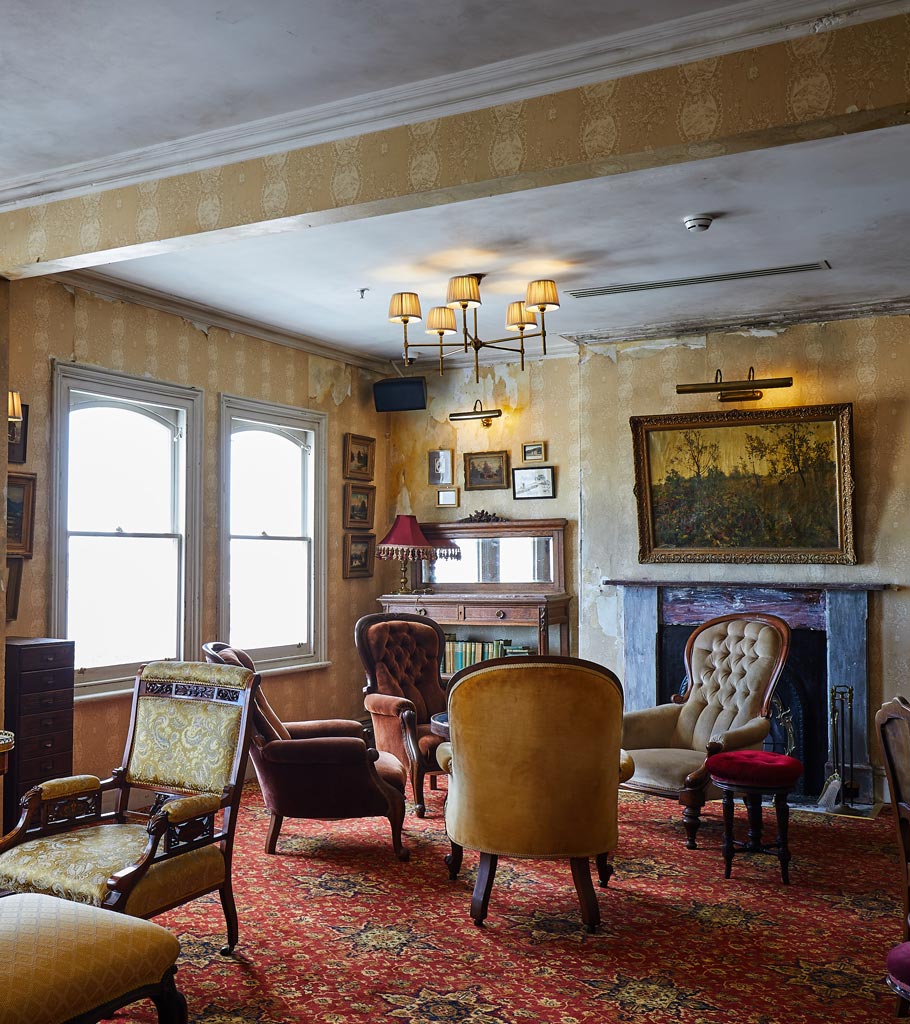 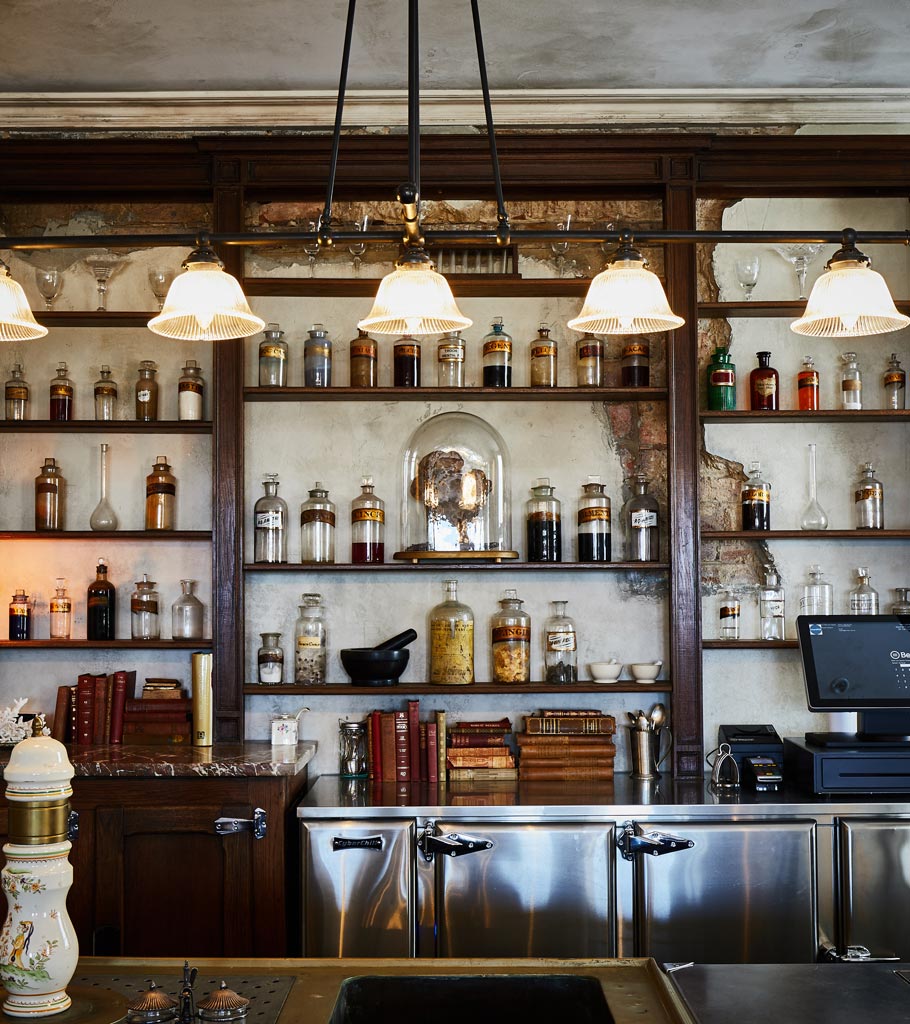 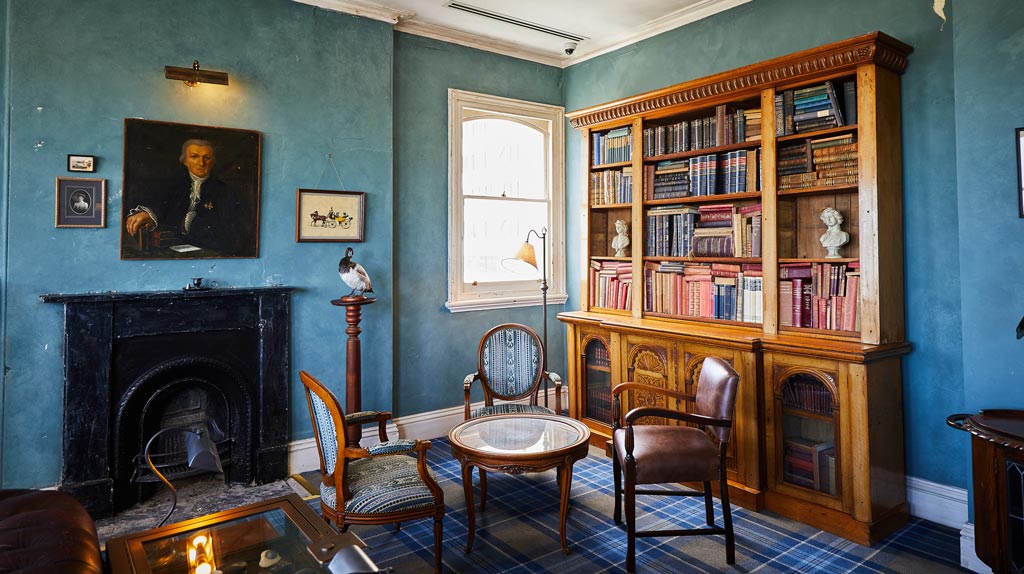 The upstairs has been reopened and is now a cocktail bar called The Ghost of Alfred Felton.

Until four years ago, the Espy was Australia’s longest continuously running music venue and had seen everyone from local luminaries, including Jet, Wolfmother and Paul Kelly, through to international legends like Public Enemy and De La Soul hit its stages. RocKwiz was filmed on location in the Espy’s crown jewel, the Gershwin Room. So, with this mint pedigree in mind, it came as a rude shock to punters when the pub closed in 2015. There had been a couple of one-off shows in the interim, but talk had mainly been of whether a developer would raise the venue.

Happily, under the helm of new owners, Sand Hill Road, the Espy threw open its doors again in mid-November. This time for good. That Sand Hill Road’s owners had the chops to take on this icon is irrefutable – the conglomerate is responsible for a bunch of Melbourne’s favourite watering holes, spanning the four-level Garden State through to its latest project, the CBD’s Waterside Hotel. The company’s also been in the game for a decent stretch – its first project, Fitzroy’s Commercial Club Hotel, launched nigh on two decades ago. Everything since has primed them to tackle the Espy. “We felt we needed our 20-year apprenticeship to even look at it,” says Andy Mullins, director and one of Sand Hill Road’s founding members. 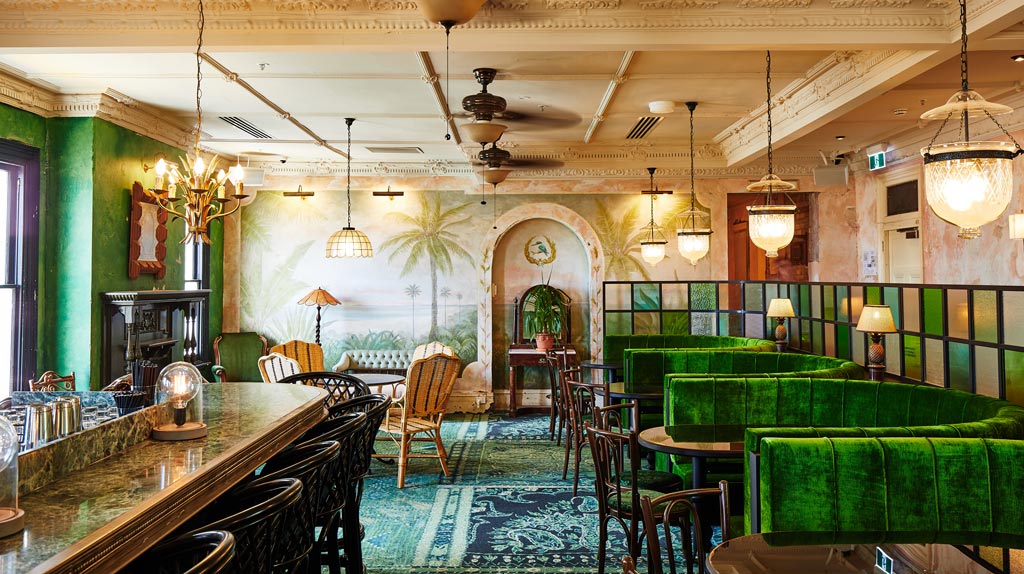 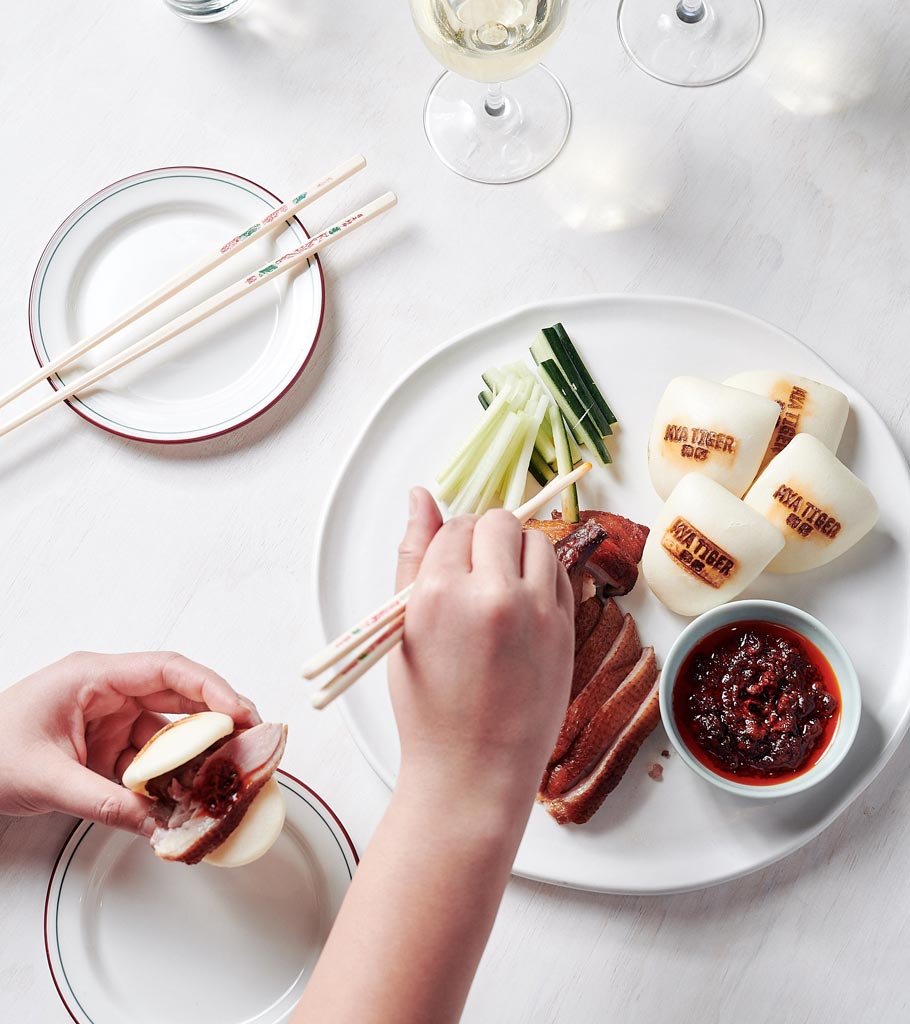 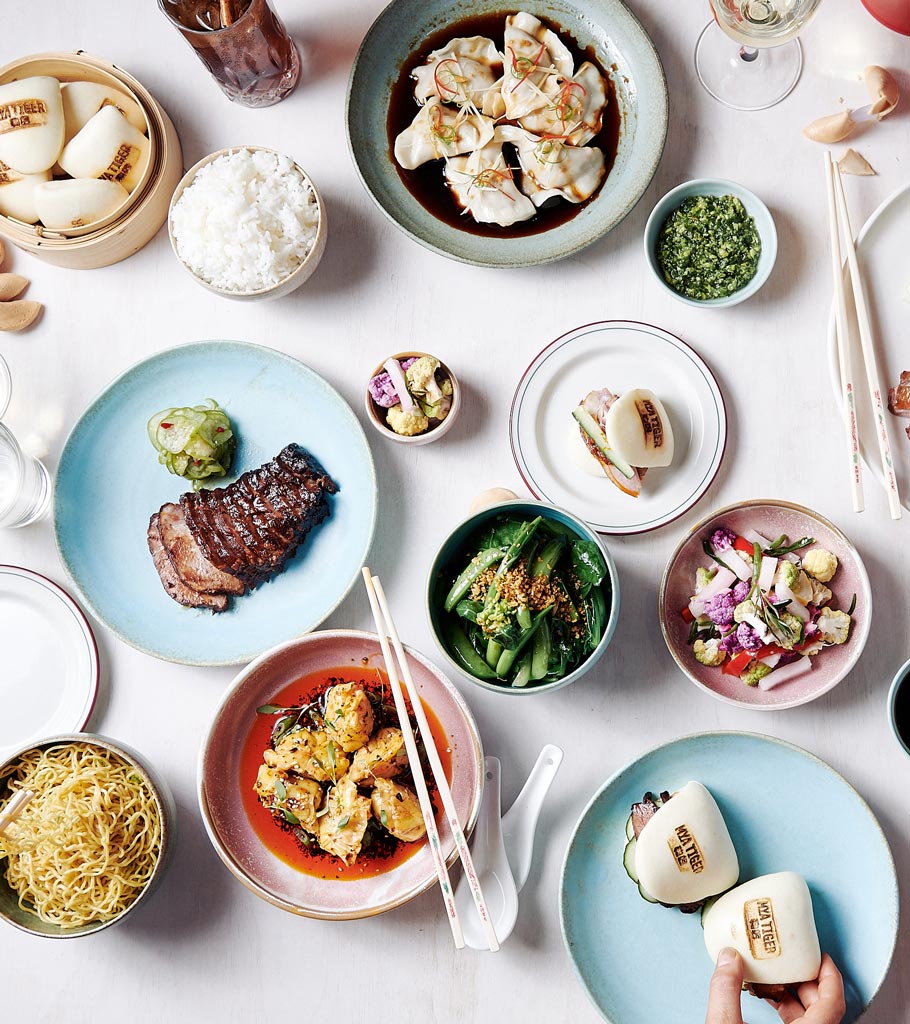 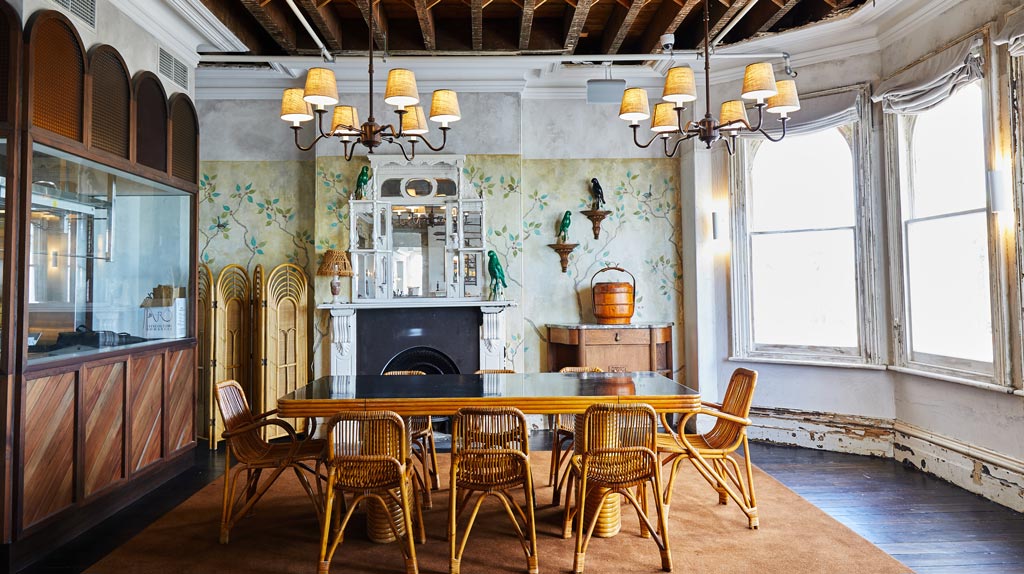 Although you can’t keep all the people happy all the time, the Sand Hill Road crew has given it a good nudge with the Espy renovation. For a start, it has reopened the mysterious upper levels for the first time in more than 60 years. In particular, the rooms Felton once occupied have been converted into a sophisticated lounge using furnishings contemporary for his time. On level one, there’s a new fast-paced, casual Cantonese restaurant called Mya Tiger. Moreover, some of the features marring the building’s original Victorian glory have been ditched. “For example, when you walked into the beautiful old public bar, you could stand there and touch the roof,” Mullins says. “We had to pull that slab out and once we did we saw, for the first time in nearly a hundred years, the real Espy.”

Plus, there are some ingenious add-ons. For instance, the walkway from the band room to the Gershwin Room is behind glass so punters can see the musos en route to the stage. Then there’s the discrete powder room, which harkens back to old-Hollywood glamour, tucked away for those in the know. There is also an arts program, another nod to Espy patron saint Felton, which runs parallel to the music timetable.

The cherry on top is a pro-podcasting studio. The Espy is already using it for its own purposes, but it’s open for public booking. “It’s to be used by the community, so if anyone’s doing podcasting in their bedrooms or at home, come and do it in here,” Mullins urges.

The Sand Hill Road team, who have brought the Espy back to life.

Of critical interest to music devotees, Sand Hill Road has also managed to restore much of the Espy’s former glamour without throwing its rock roots under a bus. There are now three music stages – the basement stage, the Gershwin Room and a small, in-the-round stage at the base of the grand staircase for intimate performances – over its five levels.

Suffice to say, the line-up’s off to cracking start. The Teskey Brothers and Emelie South kicked off proceedings at the end of last month, while Bigger Than Jesus launch their album, One For the Road on 15 December, and Tex Perkins and Matt Walker hit the stage together on 20 and 21 December.

While punter concerns about the Espy’s renovation should now be allayed, they can also take comfort in the fact that Sand Hill Road is in it for the long haul.

“We’ve got the free hold and we expect to be here forever,” says Mullins. “It will certainly be a pub forever. It will never be developed again.”